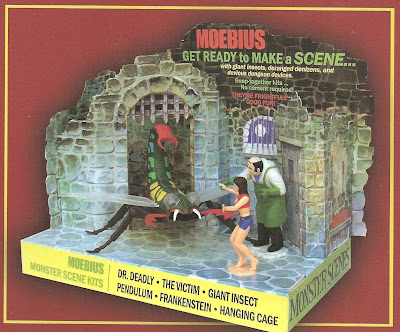 Monster Scenes was a series of plastic, snap-together model kits originally produced by the Aurora Products Corp. beginning in 1971. Aurora had already made a big splash in the 1960s when they introduced unique kits based on Universal Studios' classic monster characters, at a time when hobby store shelves were dominated by model military vehicles and hot rods.

The monster-based kits were extremely popular. But by 1971, having exhausted the Universal cadre with kits based on Dracula, The Wolf Man, Frankenstein, etc., Aurora pushed its luck by putting out a new series of Monster Scenes, modular dioramas of original designs that, while not directly based on any licensed horror film characters, tried to capture the same spirit. 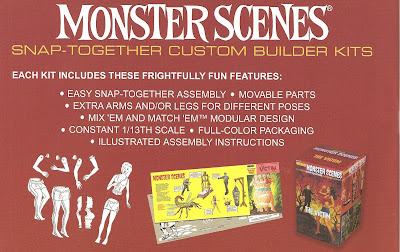 But some critics felt these new kits, which included The Hanging Cage, The Pendulum, and Dr. Deadly, a mad scientist who appears to be experimenting on animals, had a mean-spirited, sadistic quality, and were inappropriate toys for young children. 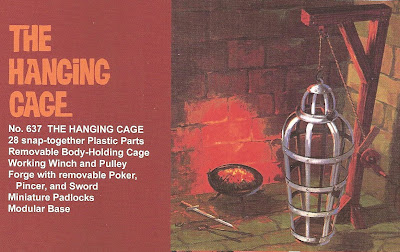 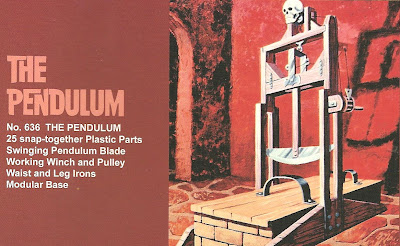 The last straw was a kit called "The Victim", depicting a scantily clad female, to be used as fodder for the dungeon or torture chamber, sold separately. 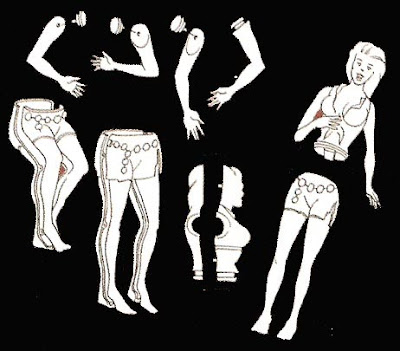 When the wholesome Nabisco company bought Aurora and found themselves picketed by angry parents, Monster Scenes were retired. 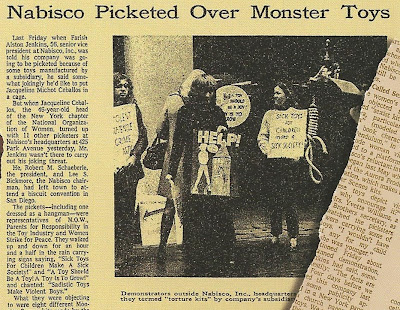 Moebius Models has since licensed all the original Aurora monster kits and remanufactured many of them using the original molds and box art. These scans come from a 2008 dealer's catalog designed to promote the kits to retailers. 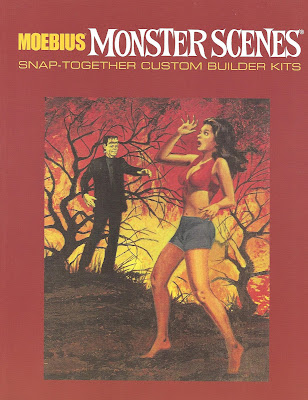 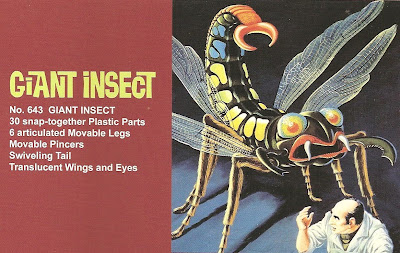 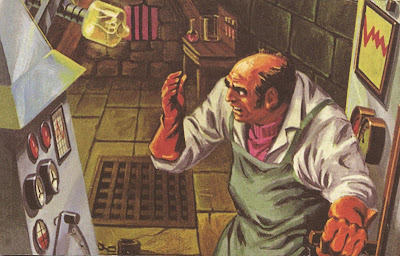 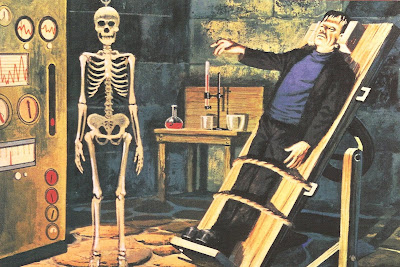 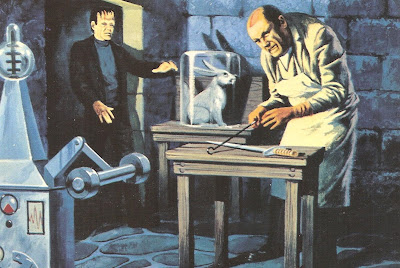 Moebius seems to embrace the legacy of the Aurora Monster Scenes and even reprints a newspaper excerpt about the Nabisco protest in their catalog. 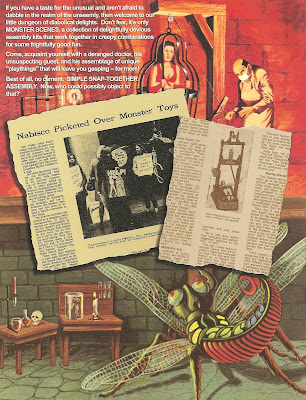 Monster Scenes repros can be purchased on-line here.
Moebius official website here (no items are sold at this site, however).

How cool is that.

And those picketers - kinda funny. Little did they know what 2009 would look like.

That is just amazing. How cool. I had a few of those as a kid, I think they were my dads. Nice to see them back.

Was there a comic book that went along with the kits? I remember playing with them but I can't imagine my parents buying them for me!