If I were a rich man, instead of handing out Tootsie Roll Pops and Jolly Ranchers to trick-or-treaters on Halloween, I'd hand out ridiculously awesome goodies like copies of this book, Haunted Air, A Collection of Anonymous Hallowe'en Photographs, America c.1875-1955. 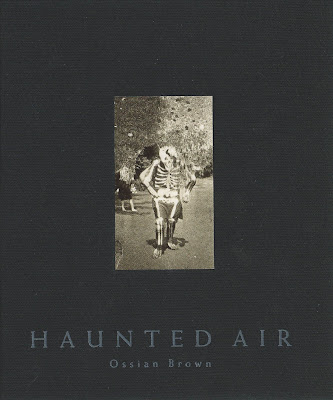 From the collection of musician Ossian Brown (no, I am not familiar with his work...), Haunted Air is a 200+ page album of vintage black and white photographs of children in Halloween costumes. The photos are presented without commentary, and no attempt is made to date or identify them (although sometimes you might find a hand-scribbled date on the photograph itself.)

Oh yea, there's a short written introduction by director David Lynch, and a historical note tracing the cultural origins of Halloween, but the real draw is the photographs. Some of my favorites are posted below.

Be advised the book seems to cycle in and out of availability. You can nab a copy for under $30 when its in stock, but prices can climb four times that when it cycles out of stock again. Buy it here. 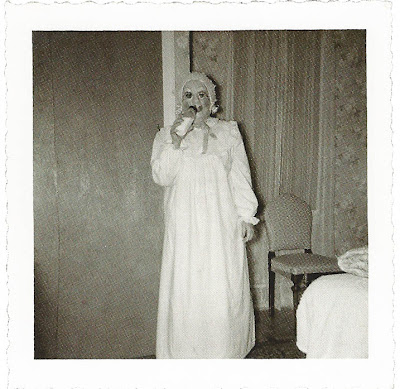 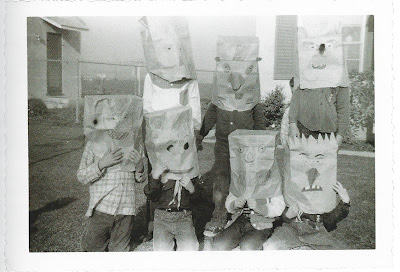 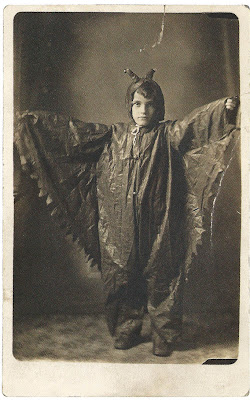 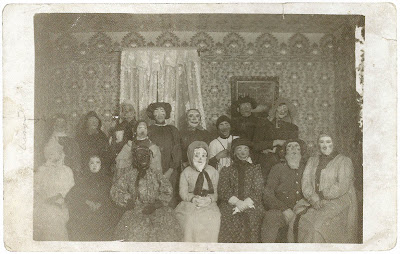 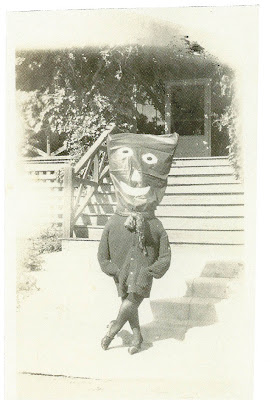 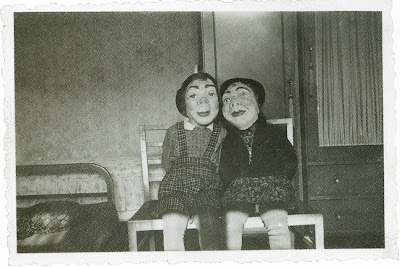 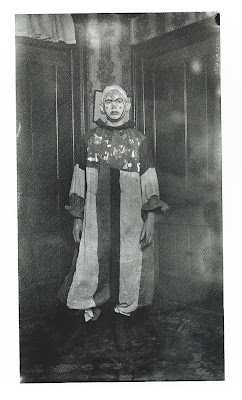 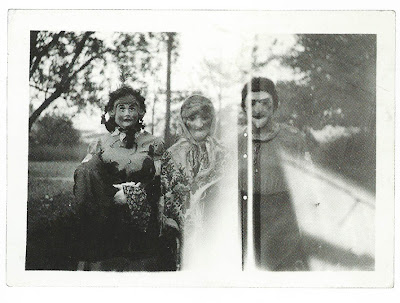 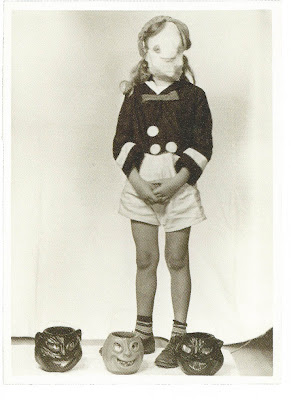 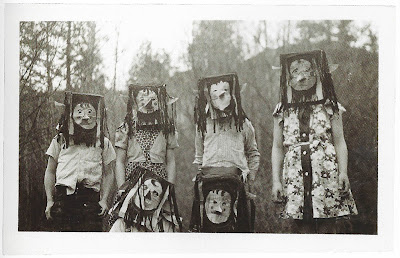 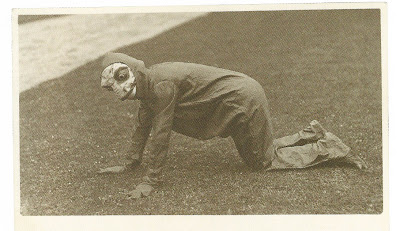 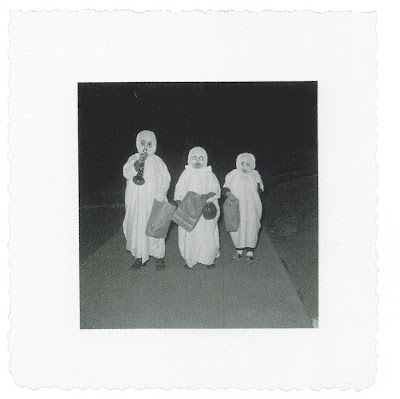 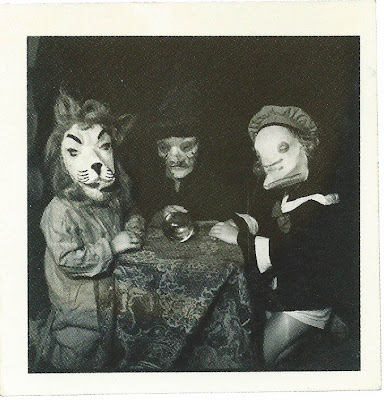 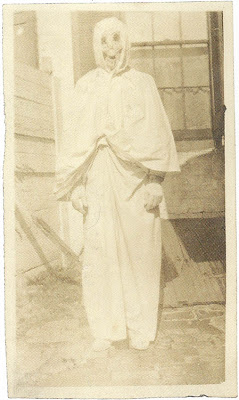 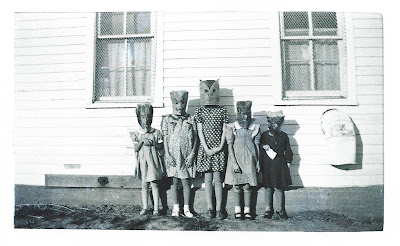 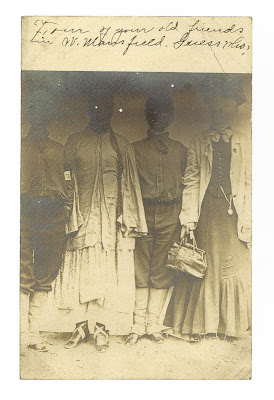 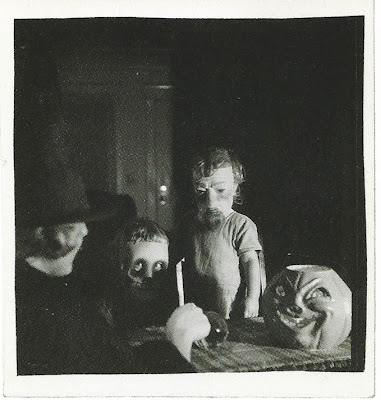 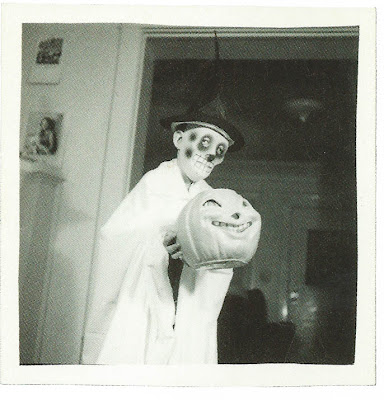 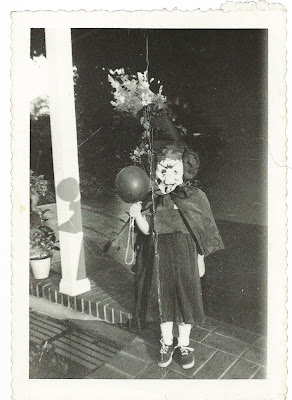 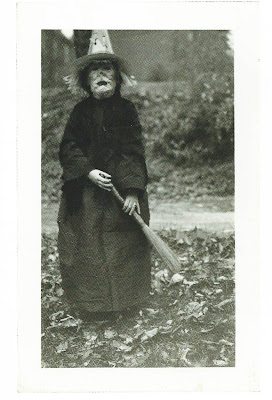 The Housing Market Is a Real Nightmare!

The Haunted Closet does not typically cover the real-estate market, but a couple items in today's news caught my eye.

First, did you know that someone had a house built whose exterior is a dead-ringer for Disneyland's Haunted Mansion? Well they did, and it's up for sale.

The house, originally built in 1996, is located in Duluth, Georgia, and was designed by a Disney contractor. Here's a pic: 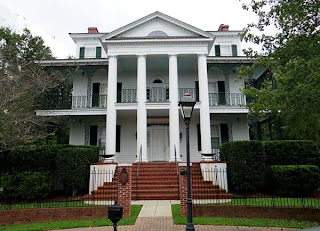 Am I the only Haunted Mansion fan that was completely unaware this place existed? Now where's that $800,000 I had lying around...

Anyhoo, next on the market is a cozy little Colonial with a great lakeside view. With its black-goop toilets, bleeding walls and rickety staircase, it's a.... handyman's dream! 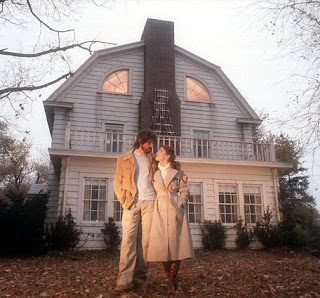 That's right, the original Amityville Horror house is back on the market! Considering the house's troubled history, the realtor may have to hustle a bit to close this sale (they've already had to drop the asking price by $100K).

Which reminds me (sequeway...) of a skit from a 1980 Steve Martin television special in which Martin buys a haunted house. The program was called Comedy Is Not Pretty, a collection of sketch comedy bits by then hot-as-lava Martin (his album of the same name was a hit the previous year). 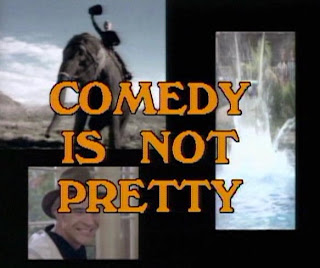 One memorable sketch (so memorable, in fact, that I actually memorized it as a kid, although repeated plays of the audio from my open-air tape recording of the broadcast probably helped) has Martin playing new homeowner Arthur Fleschman, bragging about what a great deal he landed. 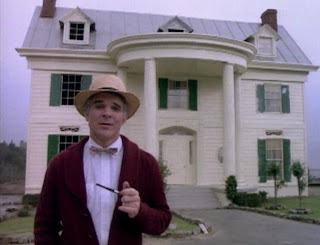 But it quickly becomes clear why the house was such a bargain. While Martin is talking up the property, a demonic voice booms from within the house, "Get out! Get out!" (a direct reference to The Amityville Horror, which was still very much an element of  the popular culture at the time.) Seems this house is haunted!

Martin concedes there are just a few things wrong with the house: "That step on the back porch needs to be fixed. We're getting estimates on stopping the walls from bleeding."

Other drawbacks? The house causes their pet cats to talk, grandma melts at the dinner table, and the kids sometimes turn into bats. Nothing a few trips to Home Depot wouldn't fix, no doubt.

Meanwhile, as Martin talks, his wife screams out an upper window before being tossed off the roof by a gorilla (although I must admit, even as a kid, I never did understand how gorillas became a stock haunted-house element. Is The Murders In the Rue Morgue to blame?) 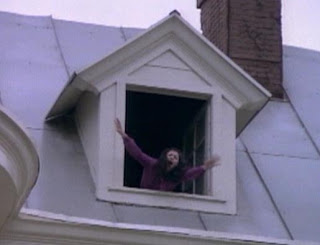 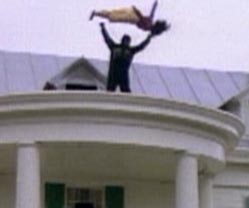 I've heard of being upside-down on your mortgage but--- (okay, maybe I should leave the comedy to Martin). 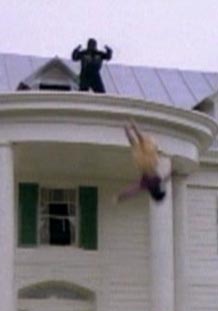 The whole skit is played strictly for laughs, and yet witnessing this as a gradeschooler I couldn't help but feel the slight twinge of fear as Martin casually strolls into the house, completely oblivious to the hellfire lapping at the windows (and to the corpse of his wife, laid out in the yard!) 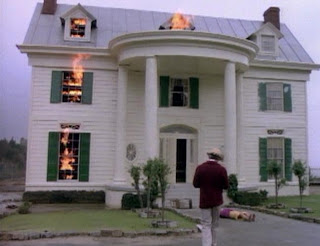 The sound effects playing over the background, a mix of wind, creaking trees and thunder, is a track ripped directly from the Disney sound effect record Chilling, Thrilling Sounds of the Haunted House (the same effects are used on The Story and Song from The Haunted Mansion.) The track is called The Haunted House, and the long out-of-print album is available for download on I-Tunes. 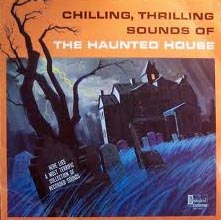 The special Comedy Is Not Pretty was finally released to DVD recently as part of a 3-disc collection of Martin's television work, appropriately titled Steve Martin: The Television Stuff.
Posted by Brother Bill at 5:02 PM 3 comments: