Who wants to play The Death Game™ ?

It's The Death Game™, the exciting family game that transports you back to ancient Rome for a thrilling duel of sorcery and superstition between father and son! 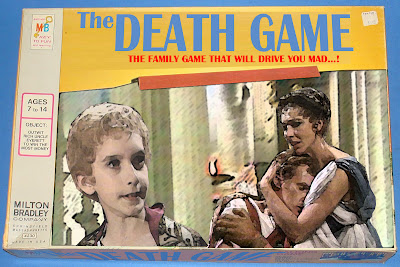 OBJECTIVE
The Death Game pits one child player (called "Caligula") against one father player (called "Germanicus") in a battle of magic charms and witchery. Caligula must prove his worthiness on his path to divine Godhood by frightening Germanicus to death. He does this by hiding various magical artifacts for Germanicus to find. The more artifacts Germanicus uncovers, the weaker he becomes and the closer Caligula comes to winning Godhood!

SET UP
Before play begins, check to make sure you have all the game parts. 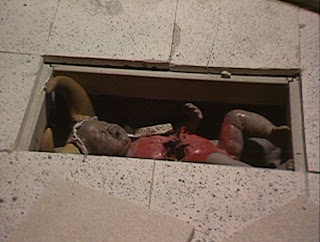 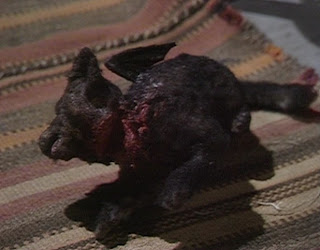 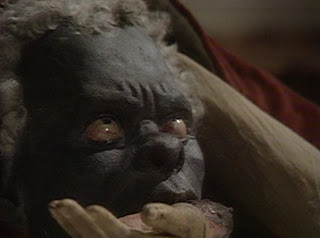 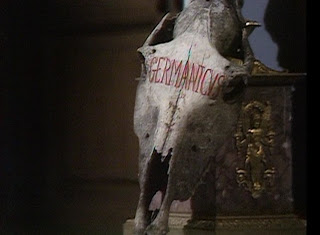 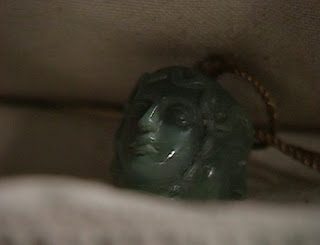 GAMEPLAY
Germanicus begins the game in bed. Caligula must try to hide as many cursed artifacts as he can in various places around the house (for example, Caligula might hide the dead infant under a loose floor tile, or place the bloody cock feathers among the bed cushions.)

Being a very superstitious person, Germanicus must try to avoid discovering these items as he moves around the board, lest they frighten him to death. Every item that Germanicus accidentally uncovers costs him one life point. When all life points are expended, Germanicus dies and Caligula wins!

The only defense Germanicus has against the cursed artifacts is the Green Jasper Charm of Hecate, which negates their power. However, during a sleeping round, Caligula has a chance to steal the charm, leaving Germanicus defenseless.

Okay... as much fun as this seems, there isn't really a board game. You see, The Death Game is a game played out in real life by son Caligula against father Germanicus, one of several horrific vignettes depicted in the 1970s BBC television drama I, Claudius.

Even though this was essentially a soap opera for grown ups, with lots of talking heads going on about interpersonal and political intrigue within the Roman Empire, it caught my attention as a youngster right off the bat with its eerie musical theme (by composer Wilfred Josephs) and a creepy opening sequence in which a snake slithers across the titles... uh, tiles. Both, actually. 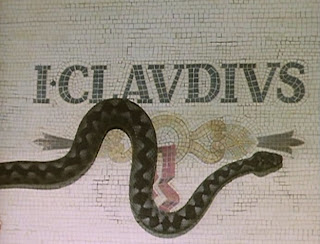 Shot on videotape, lending it a surreal tone that I've always been drawn to (see also 70s-era Dr. Who, Land of the Lost, and Sapphire and Steel), I, Claudius depicts the decadence of Caligula in all its horror (fairly graphic for a television series of that era!)

The Death Game is among Caligula's earliest exploits, in which he enlists a grab-bag of disgusting ingredients with supernatural implications to drive his sickly and superstitious father Germanicus to an early grave.

In a later episode, an adult Caligula "cures" the persistent cough of a palace child by ordering his beheading... 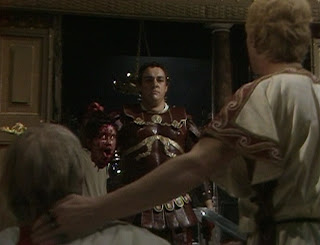 I, Claudius has been released to DVD in a few different releases, including the most recent 35th Anniversary Edition.
Posted by Brother Bill at 4:41 PM 2 comments: