For a few days in the summer between 2nd and 3rd grade, I ran a detective agency with my friend who lived three houses down, Tiffany. We worked out of her backyard playhouse, and our biggest case (in fact, our only case) was The Mystery of the Hidden Treasure at the Empty House That Was For Sale Two Blocks Over. 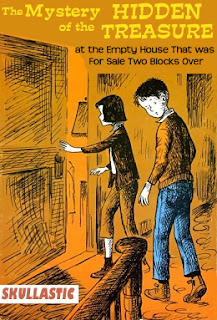 The big twist in the "hidden treasure" case was that there was no treasure. More accurately, we left the case unsolved after a neighbor threatened to call the police if we kept letting ourselves into the backyard (a later attempt to return to the scene disguised as prospective buyers fooled no one.) 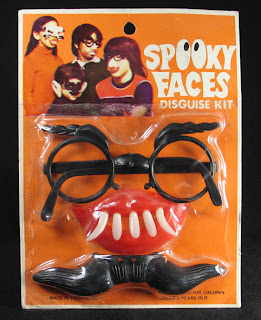 So our little detective agency was forced to close its doors, ruining summer for about 5 minutes.

But Tiffany had more going for her than just a backyard playhouse... like an appreciation for ghost stories and spooky Halloween records. Sounds to Make You Shiver and The Story and Song From The Haunted Mansion were prized albums from my collection that were constantly playing in the background at my house. But one day Tiffany showed up with a record that I could never find a copy of myself, and so naturally coveted: Spooky Stories (1978, Pickwick Records), a "cereal box" record, meaning it was pressed to a very thin layer of plastic attached to a piece of cardboard (in this case, to the back of a box of Post Honeycomb or Alpha-Bits cereal).

As was the tradition with these types of records, there were multiple stories available, and it was luck of the draw which one you ended up with. Tiffany's copy contained a story I call "Lonely, Lonely" (I don't remember the actual title being credited anywhere on the record), a variation on the "Dark, Dark" type spooky story where the listener is lulled into a comforting rhythm by slowly repeated phrases, only to be startled at the end by a suddenly loud climax.

Transcript of the story below the video embed.

UPDATE: The background music used here appears to be "borrowed" from Igor Stravinsky's "The Rite of Spring" (queued to around the 15:50 mark in the embedded video below). It also sounds awfully similar to the 1977 Star Wars soundtrack by John Williams, cut no. 4, "The Desert and Robot Auction" (retitled "The Dune Sea of Tatooine/Jawa Sandcrawler" on later editions of the soundtrack). Take a listen--what do you think? Credit to reader TheLibrarySound for recognizing the Star Wars track similarity!