The Golden Book of the Mysterious (1976) 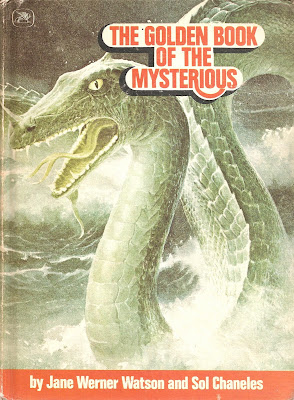 Written by Jane Werner and Sol Chaneles (with excellent illustrations throughout by Alan Lee), The Golden Book of the Mysterious (1976, Western Publishing Co.) delves into all aspects of the supernatural world, from ESP, psychic premonitions and reincarnation, to werewolves and witches, hauntings, UFOs, mythological monsters and cryptozoology.

Branded a "Golden Book" (although at 144 pages, and with its 8" x 11" hardcover, it is definitely not a Little Golden Book) ...Book of the Mysterious is sort of a children's version of the multi-volume non-fiction book series that were popular at the time (among them Time-Life's Mysteries of the Unknown and A New Library of the Supernatural).

This is the kind of stuff I ate up as a kid, especially before my post-James Randi conversion to junior skeptic.

Here's a sample of illustrations and topics covered. 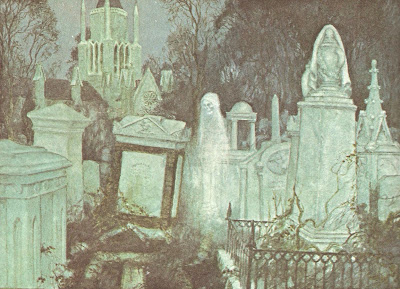 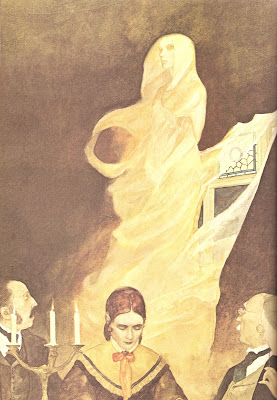 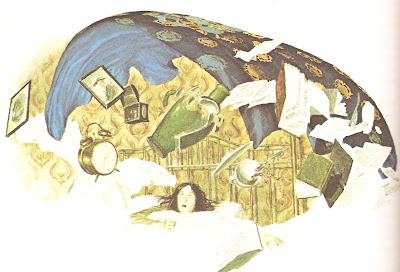 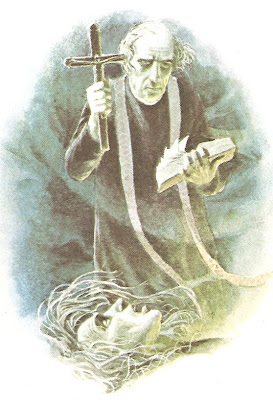 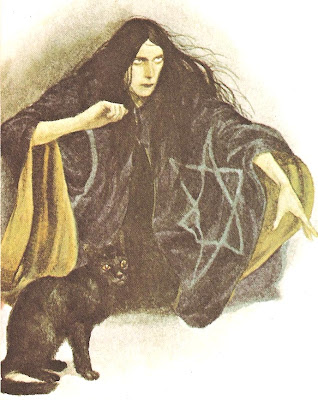 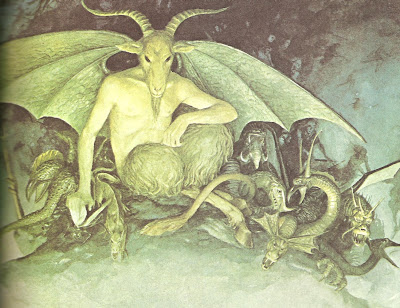 Magical powers, such as levitation. 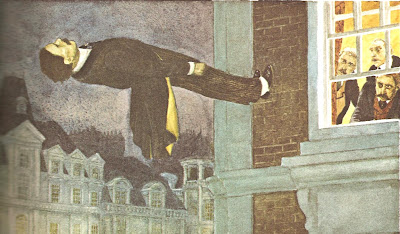 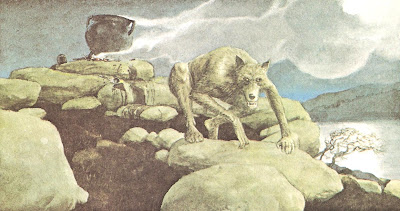 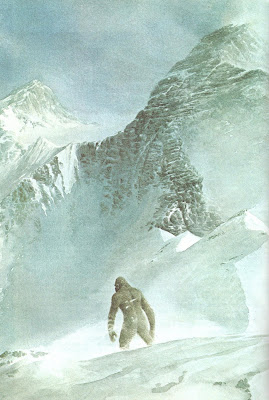 Monsters of the deep, from sea-serpents to the Loch-Ness monster. 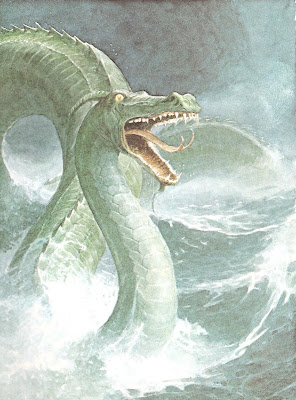 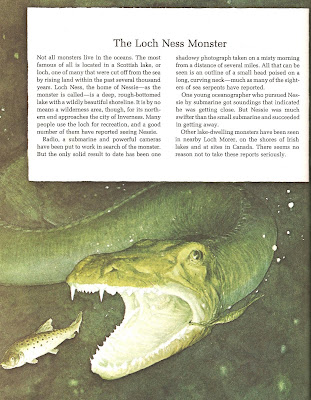 Carvings like these, believed by some to depict an extra-terrestrial traveler, were featured in the Rod Serling narrated TV special, In Search of Ancient Astronauts (1973). (Watch it on YouTube while it lasts). 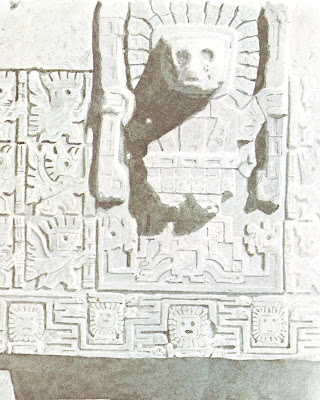 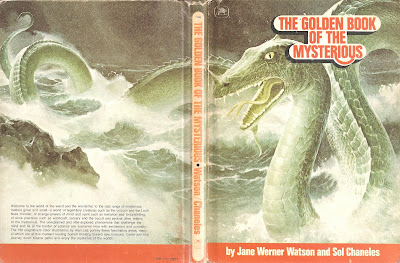 Vampyre, Game of the Hunt for Dracula (TSR Mini-games, 1980) 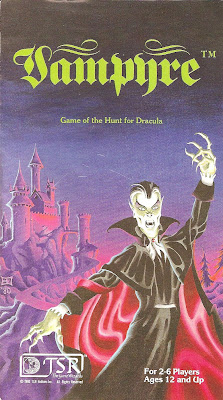 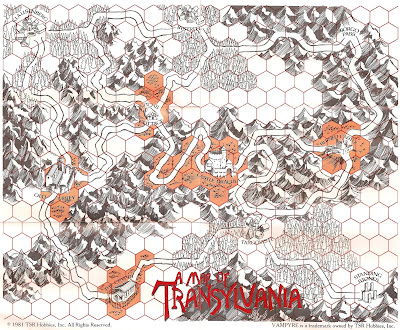 In Vampyre, Game of the Hunt for Dracula (1980), up to six players, each assuming the role of a character from Bram Stoker's book, race across the Transylvanian countryside, through gloomy forests and craggy mountains, to locate and destroy three of Count Dracula's hidden coffins. 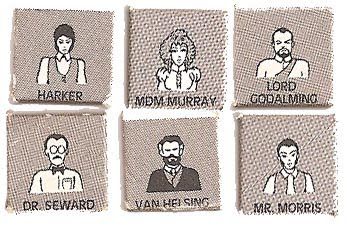 Along the way, they'll encounter swarms of rats, werewolves, murderous gypsies, and even the undead Count himself. 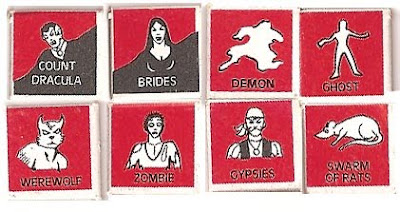 Players can uncover helpful items like a gun, a crucifix or holy water to give them an advantage in combat, which is resolved with dice rolls and charts. (Sometimes the player encounters nothing, so there are "nothing" tokens too). 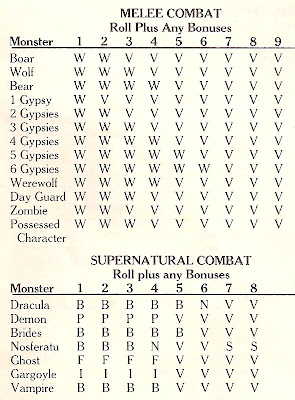 A player can even be bitten by the Count and transform into a Nosferatu, at which point his goal in the game is no longer to find and destroy Dracula's coffins, but to attack his fellow players.

Once the coffins are found, the hunt for Dracula continues inside his castle (pictured on the reverse side of the map). 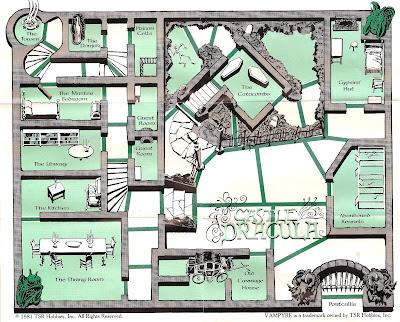 At this stage of the game, the passing of time is tracked on this monster-faced clock using the DAY and NIGHT tokens (all supernatural monsters fight at a disadvantage during the day). 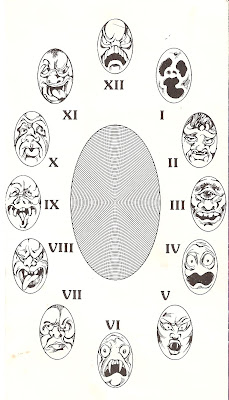 Other titles in the TSR mini-games series were They've Invaded Pleasantville (a retro-50s game of alien invasion), Revolt on Antares (sort of a sci-fi version of the classic imperialist wargame Risk) and Saga: Age of Heroes (wargaming and adventuring in classic Rome).
Posted by Brother Bill at 9:27 PM 10 comments:

Images of Film: Windows Into Fear

Dear ol' Unkle Lancifer over at Kindertrauma was kind enough to invite me to participate in a "meme" (fancy word for chain-letter) in which bloggers post film screen-caps representing a particular theme of their choosing, and which showcase the "rich and exciting medium" of cinema. Sounded like fun, so I thought I'd take a stab at it.

In the world of horror, there always seems to be spooky goings-on around windows... whether you're peering out of them into the night, or something is peering back into them at you. I don't pretend to understand the pyschological underpinnings that make it so, but the fact is, if you want to make something seem just a little bit scarier, put a window in front of it.

Here's a collection of screen-caps from some of the spookier film moments involving windows. Even though this is only an exhibition, not a competition, I'll follow Unkle Lancifer's lead and post the film titles in the comments. 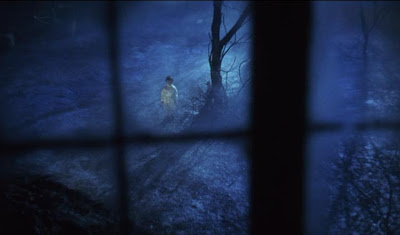 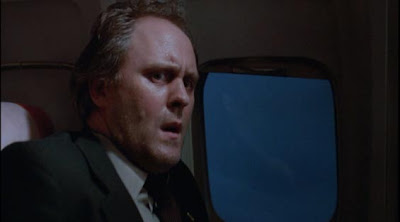 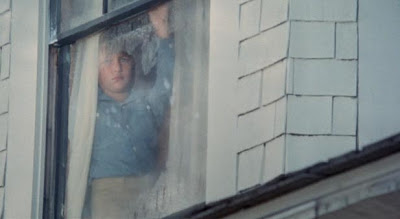 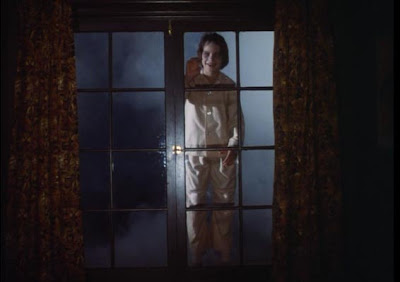 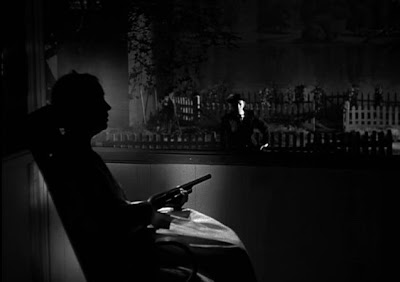 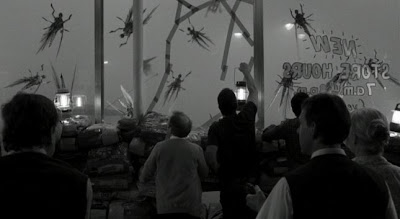 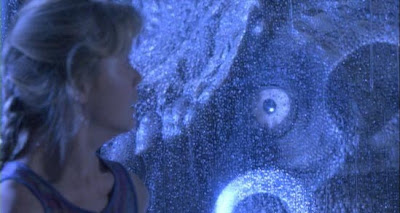 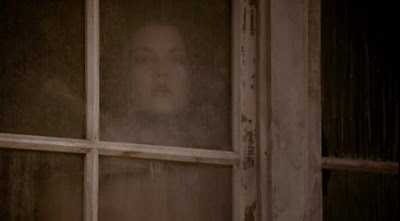