The Giant Jam Sandwich (1972, story and illustrations by John Vernon Lord, told in rhyming verses written by Janet Borroway), has a bit of an identity problem. 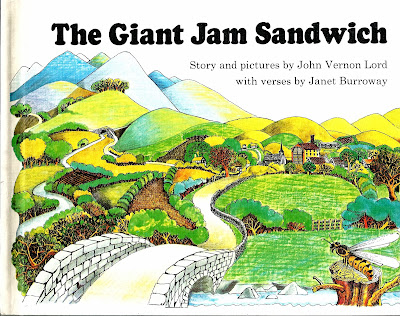 It seems to think it is a whimsical fantasy, in which the townspeople of a little storybook village come together to cook up (literally!) a cute solution for a wasp problem that is menacing them from above. 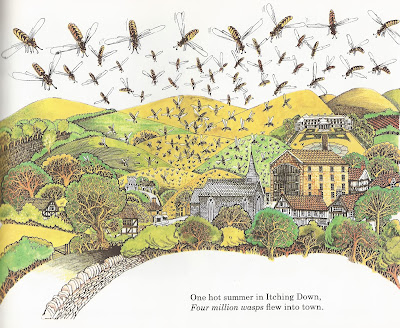 But let me tell you, folks, there is nothing whimsical or cute about a skyfull of four million wasps! At least there wasn't to this gradeschooler who had a bit of anxiety about large, flying insects. 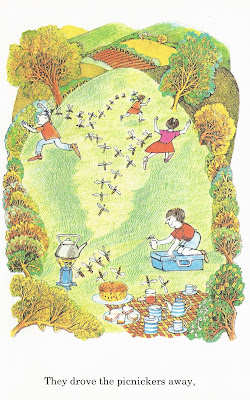 As they attack picnickers... 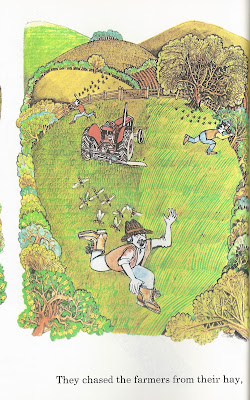 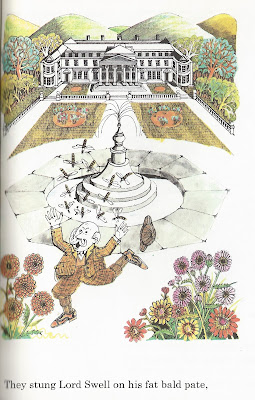 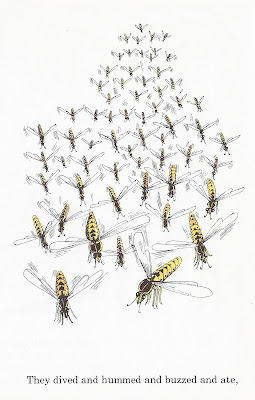 ...this book read as a horror story for me. I mean... just look at them! Those wasps are not cute. The Cheerio's Honeybee, these ain't! 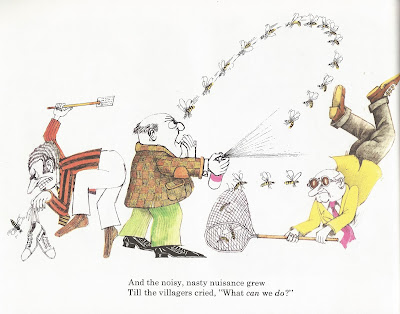 The solution the town comes up with (the brainchild of Bap the Baker) is to bait the wasps with an enormous jam sandwich. They start by baking a huge loaf of bread and sawing off two massive slices. 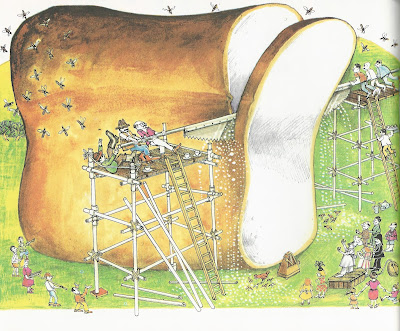 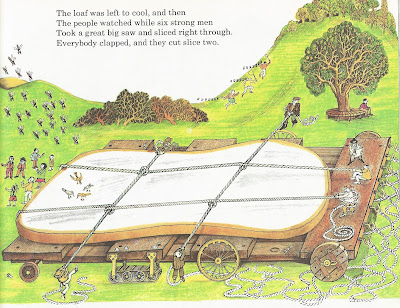 While this is going on, we are constantly reminded of the threatening wasps in little background details like this... 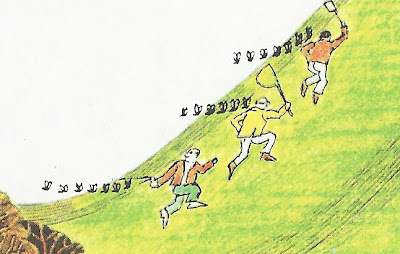 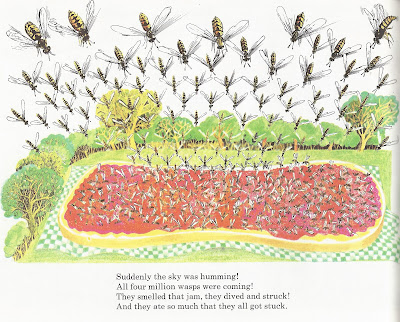 Once the bread has been positioned, and covered in an ocean of jam delivered via dump truck, we are treated to the unappetizing sight of millions of insects swarming over the sticky repast. 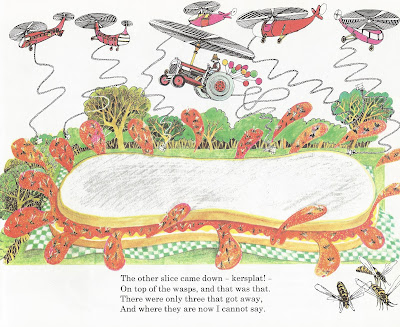 The whole episode serves as an unpleasant reminder that, back in the real world, food can sometimes become contaminated by the presence of insects. Couple that with playground legends of kids who got stung inside the mouth because they accidentally took a bite of lunch that had been violated by a hijacking hymenopterous, and, well.... this book just had me squirming in my seat!

Even the "happy" ending offered little comfort since three wasps manage to escape, leaving open the possibility of a sequel, possibly involving the three wasps returning for revenge, possibly by stinging the townspeople inside the mouth. Or maybe their children. Is this story over yet? 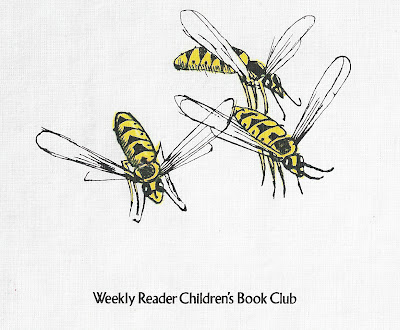 The Giant Jam Sandwich is still in print.