Behold this amazing visualization for the 1973 underwater sci-fi film The Neptune Factor: An Undersea Odyssey. 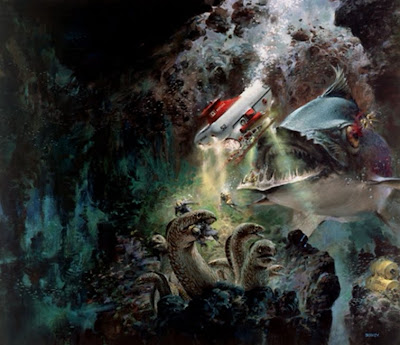 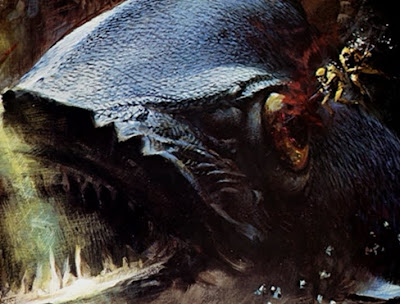 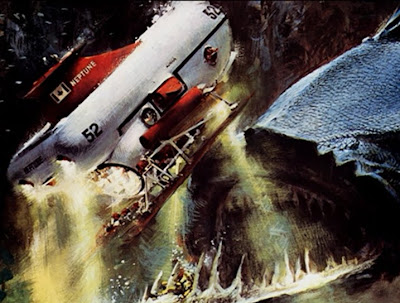 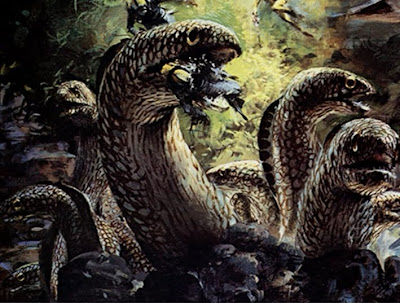 This is the work of John Berkey, who did equally impressive paintings for the 1977 killer whale film Orca, the '76 remake of King Kong (hey--both of those films are on my Movies That Made Me Cry list!), Star Wars, as well as the National Geographic book Our Universe. 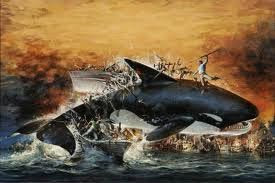 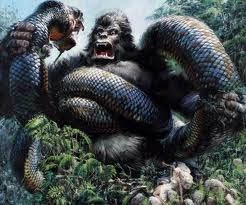 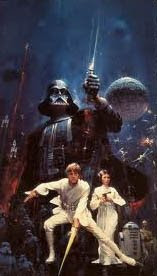 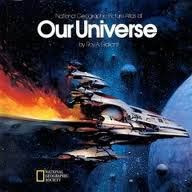 As for the film itself, The Neptune Factor doesn't come close to realizing the awe and adventure promised in the painting above. 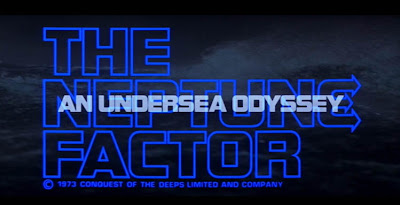 Despite its ambitious title (it's an "Undersea Odyssey"!) the simplistic plot can be condensed into a single sentence that goes something like this: a submarine team dives deep underwater to rescue a sunken sea laboratory and encounters giant tropical fish along the way.

That really is it.

Oh yea--on the way down, the submariners (among them Ernest Borgnine and Yvette Mimieux--who'd crew together again a few years later in Disney's The Black Hole!) argue a few times over whether they should turn back or keep going (spoiler alert: they keep going!) 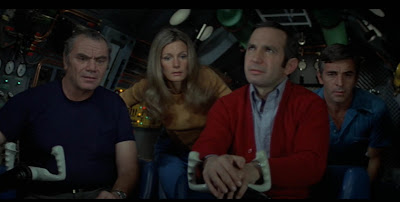 But it's mostly long stretches of people staring out portholes...

...and even when they finally reach the monsterously oversized sea life, it never gets more exciting than watching a plastic toy floating around the aquarium of your dentist's waiting room (which I'm pretty sure is exactly how these shots were achieved).

Even as a five-year old seeing this film for the first time, I didn't buy it.

The Neptune Factor is available on DVD by itself or in a 4-disc set that includes Battle For the Planet of the Apes, The Day the Earth Stood Still and The Poseidon Adventure. 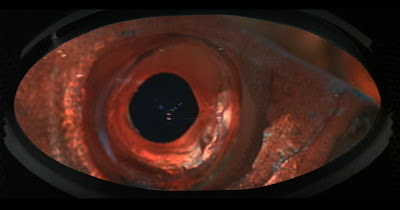