Suppose You Met A Witch (1973, Ian Serraillier and Ed Emberley)

Pick any date landing somewhere in my first year of grade school and chances are I had "Ed Emberley's Drawing Book of Animals" (1970) on loan from the school library that day. "...Animals" was just one of many books by Ed Emberley that taught children how to draw cute, cartoonish characters using just a dozen or so simple shapes and lines. 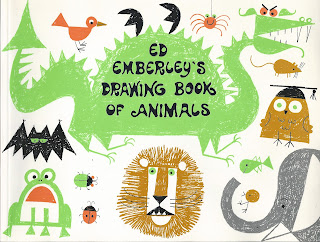 The truth is, by first-grade standards I was considered, in the parlance of the schoolyard, a "pretty good draw-er" and could scribble a decent illustration without relying on Emberley's sequential instructions. Rather, it was Emberley's appealing  style and whimsical imagination that caused me to hoard his books like buried treasure.

Where else was I going to see a turtle roller-skating in the rain?

"..Animals" focuses exclusively on the animal kingdom, but also includes a useful facial-expressions sampler, as well as an example of how his simplistic, shape-based creations could be easily embellished into something a little fancier. 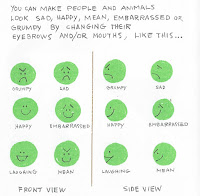 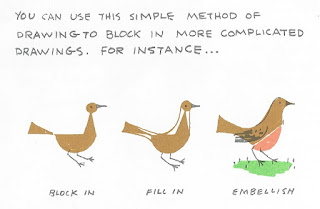 Later entries in Emberley's instructional series included "Make A World" (1972) and a string of color-themed books ("Purple", "Green", "Orange", "Red") which, collectively, established an alternate Emberl-iverse of characters, vehicles and fantastic creatures. (I previously posted on his monster-themed  "Book of Weirdos".) Many of these books are still in print. 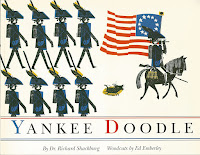 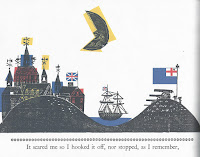 But perhaps his most striking work is found in the 1973 book "Suppose You Met a Witch". Illustrating a fairy-tale story by English poet Ian Serraillier (originally published in 1952), Emberley's work here (sixteen two-page spreads, plus front and back covers) is almost psychedelic.

Presented below in its entirety. 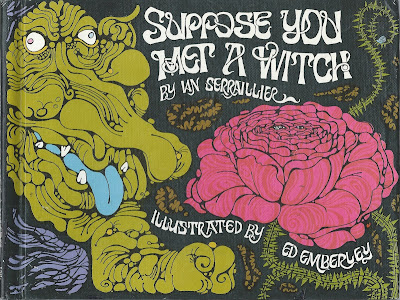 The above beautiful illustration of two swans on the water is done in very light, low contrast colors that is hard to appreciate from a scan. Below is the same spread with the contrast cranked up to eleven to reveal the line work. 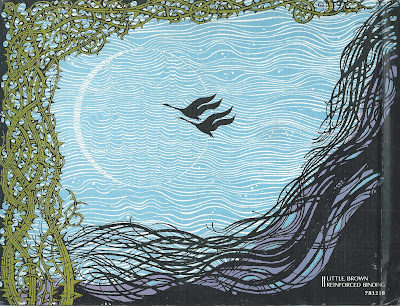 "Suppose You Met A Witch" is out of print as of this writing.
Posted by Brother Bill at 1:53 PM 3 comments: