Listing, ranking or reviewing the scariest moments in video games is a well-worn topic in gaming journalism. And just like your vintage paper Beistle skeleton decoration and vinyl Collegeville costume, it's one of those things that gets dusted off and trotted out annually just in time for Halloween. 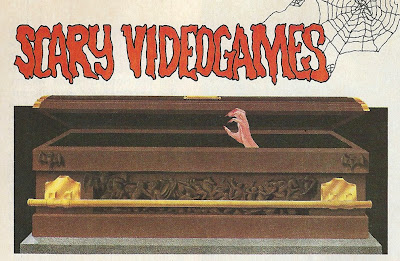 While horror video games have become an industry unto themselves, with multiple franchises competing for your cold, clutching hands, its a genre that was recognized as far back as 1983. Here's the proof. 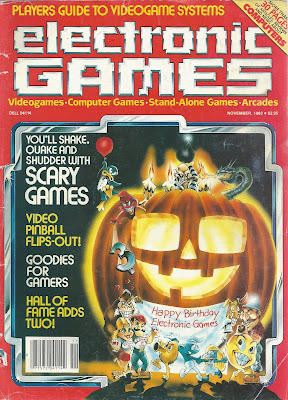 This Nov. 1983 issue of Electronic Games Magazine promises its coverage of the scary video game genre will cause you to "shake, quake and shudder"! 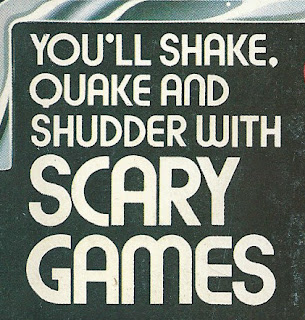 But in those 8-bit 80s, when graphics looked more like knitting patterns than Hollywood films, were games really capable of triggering the emotion of fright?

For the most part, no. Most of these so-called "scary" games weren't actually frightening themselves, but were merely inspired by or referenced horror characters or tropes. They were scary in theme only--horror by association. The experience of playing these games was anything but. Does this kid look scared?
Just look at some of the games covered in this Electronic Games article. King Kong (1982, published by Tigervision for the Atari 2600) was little more than a Donkey Kong clone dressed up in an expensive trademark from Universal Studios. Are we quaking yet? 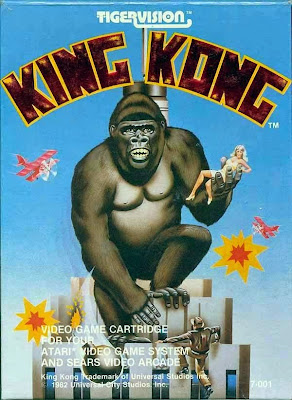 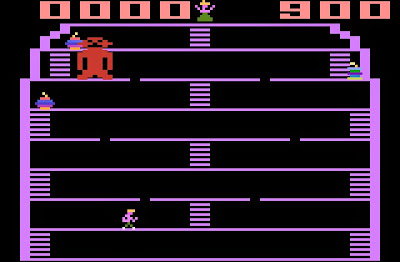 Frankenstein's Monster (1983, Data Age, Atari 2600) was another platformer that vaguely resembled Pitfall and wasn't going to give anyone the shivers. 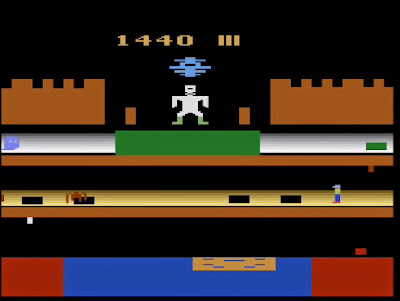 Crush, Crumble and Chomp! (1981, Epyx, for TRS-80 and other computers) was a fairly elaborate, free-roaming Kaiju-simulator that let you wreak urban havoc as a giant dinosaur, spider, robot or blob. It was fun... but scary? 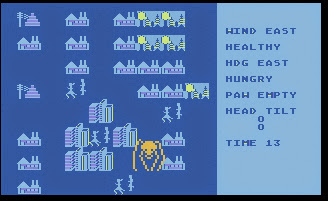 Even the well-reviewed Dracula (1983, Imagic, Intellivision), which comes closest to achieving a horror-like atmosphere with its graveyard and lightning flashes, never really succeeds in scaring the player. 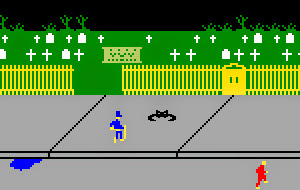 Going all the way back to 1982's Haunted House (Atari 2600, not covered in this article), we find that the chills promised by the enticing box art don't materialize in the game play. 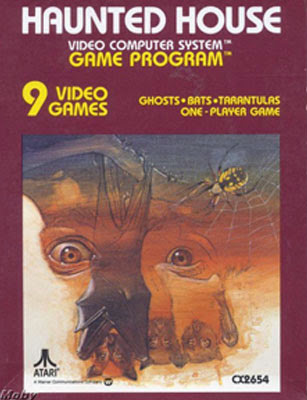 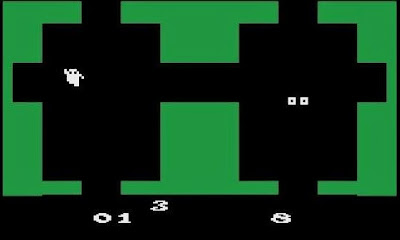 So when did video games go from merely sub-referencing fear to actually invoking it?

For me, that moment occurred the first time I played 1984's Rescue on Fractalus, one of two launch titles from a new arrival to the video game publishing party... Lucasfilm Games.

The 1983 announcement that Lucasfilm was going to transition to the video game medium, in a new partnership with Atari, was met with a fair amount of completely earned enthusiasm. Lucas had just lead a special effects revolution with the original Star Wars trilogy and the prospect of them making comparable technical strides in the still infant video game field had fans salivating. 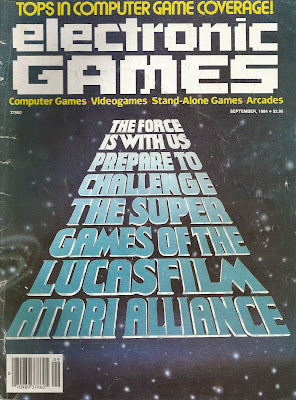 The two debut titles were Ballblazer, a futuristic sports game boasting two first-person perspectives on a split-screen, and Rescue on Fractalus, which exploited newly developed fractal modeling techniques to generate realistic mountainous terrain for an interstellar search-and-rescue mission on an alien planet. 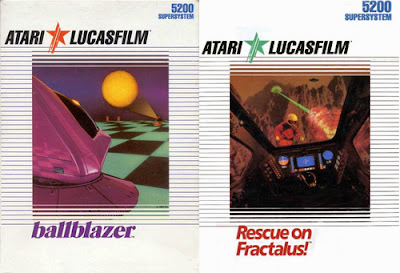 Both games are set in science-fiction fantasy worlds, and of course the studio that launched a thousand TIE-Fighters wasn't going to settle for rendering those worlds solely within the confines of an 8-bit computer screen. They used their model-making resources to create three-dimensional mock-ups of the rotofoil (the pod-like hovercraft vehicles from Ballblazer)... 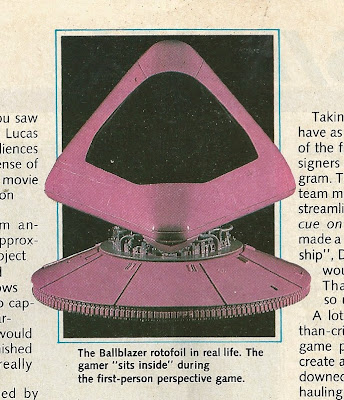 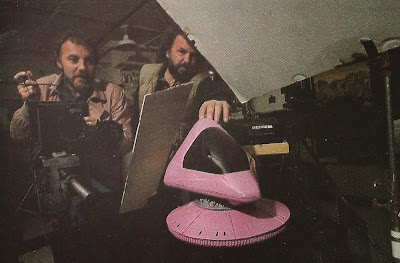 ...and the X-Wing like space-fighter and alien saucer ships from Fractalus. While images of these would be used for ads and packaging art, there's no doubt the creation of these models was also part of the creative process in developing the games. 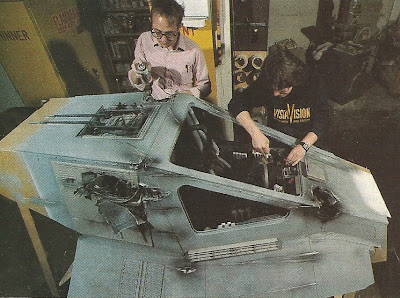 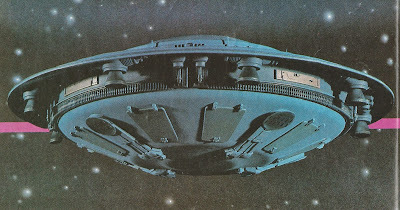 Rescue on Fractalus puts the player in the pilot's seat of a space jet hovering above the rocky terrain of the planet Fractalus, seeking out crashed pilots while avoiding anti-aircraft laser turrets and hovering saucers controlled by the Jaggis, a reptilian race of hostiles. 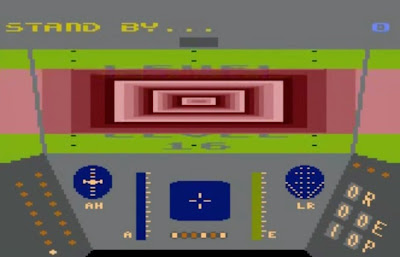 For a consistent in-game narrative, your starcraft always launches from an orbiting mothership and flies down to Fractalus, instead of just starting on the planet's surface.
You have a full 360-degree range of motion and the fractal-geometry landscape stays consistent as you fly around it at various angles. This was quite an innovation back in 1984 when the game debuted. 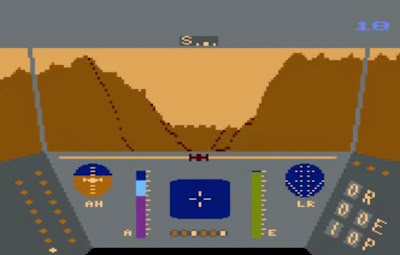 After spotting a crashed friendly ship on your radar, you land, shut off your engines, and wait for the pilot, visible through the cockpit window, to hike across the alien sands to your ship. 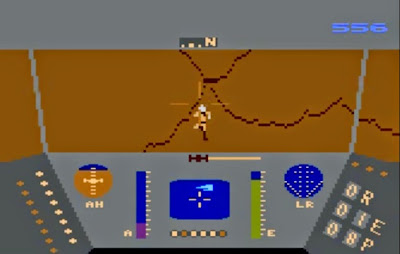 And this is where the first authentically frightening moment I'd ever experienced playing a video game occurred. The pilot doesn't just automatically board your ship... you have to let him in by opening the hatch. He'll let you know he's ready to board by knocking on the door (which you have to listen for, because the pilot is out of view at this point.)

This wait starts to get very intense, because sometimes the "pilot" turns out to be an enemy Jaggi in disguise! You find this out when, instead of rapping at the door, it suddenly pops up in your view screen, accompanied by a shrill musical flourish reminiscent of a B-movie horror soundtrack, and begins pounding its fists on the cockpit canopy. 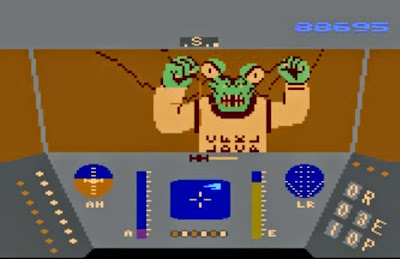 Much like the anticipated but dreaded jolt one gets from a jack-in-the-box, the appearance of the Jaggi startles you for a several seconds, which is all the time you have to fire up the engines and make escape before the cockpit is breached and the game ends with a black screen under a somber funeral dirge. Here's a short video clip of the encounter (keep in mind this occurs after waiting in several seconds of tense silence for the pilot to knock.)
This clip appears to be from a beta-version of the game that went under title "Behind Jaggi Lines".

In earlier levels, the player is tipped off that the approaching pilot is actually an alien by the green head... but later on the Jaggis get smart and keep their helmet on, leaving you with no choice but to wait it out. 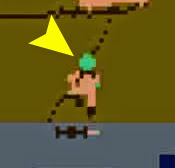