FOR SALE: A Piece of LisaBug's Soul...

I love finding old children’s books with inscriptions in them.

Knowing that someone bought this book—this EXACT COPY—to give to a youngster, hoping it would enrich their life, somehow makes the book more desirable to me than some random copy that maybe nobody ever loved. Who knows, the giver may have even passed down the treasured tome from their own personal library! 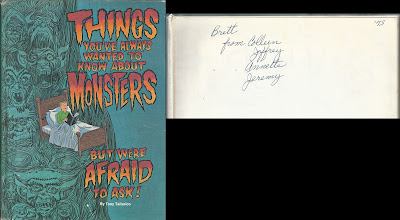 But happening upon these personalized books is also kind of sad, considering the gift has since been abandoned to the shelves of an uncaring thrift store.

It's downright bittersweet when the inscription is dated. The giver presumed the book would be held onto long enough to have forgotten exactly WHEN it was received, so recorded this very important date for posterity, right there on the page for the recipient's eternally grateful old eyes to behold. 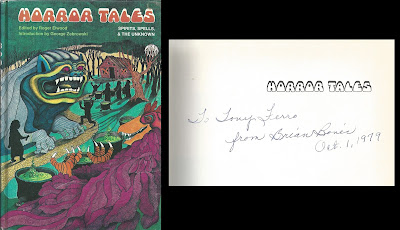 Why do I find a book inscribed from one stranger to another so appealing?

If I still believed in the paranormal, I might theorize that an object absorbs positive emotional energy from its owner, energy that can be transferred to other people once they assume possession of the article.

I'm reminded of a circa-1980's SNL skit about an unusual pawnbroker that prices items based on their sentimental value... (full transcript) 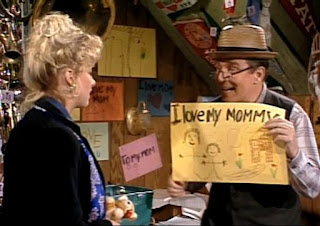 "The other day I had a lady come in, and she dropped off all her kid's drawings! They're selling like hotcakes!"
Or this moment from The Simpsons (S12E3, Insane Clown Poppy) when Krusty the Clown, in the midst of a high-stakes poker game with Fat Tony, calls the bet with his daughter’s worthless, yet priceless, violin. 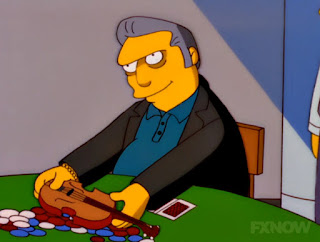 "Well, it won't bring much cash, but its sentimental value is through the roof!"
Looked at spiritually, a gifted book contains a little bit of both the giver's and the recipient's soul.

Following that line of thought into a darker place: I just acquired a piece of your soul! It's mine now, and you'll never get it back... 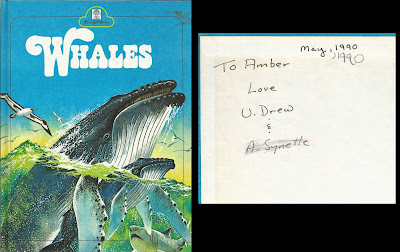 Of course I'm not the first to envision books as vessels of a person's energy or essence.

Ray Bradbury probably wasn't the first either, but in the film adaptation of his Something Wicked This Way Comes, Mr. Dark steals years from the life of Charles Halloway by tearing at one of Halloway's books. Each torn page deducts a year from his lifespan and aggravates the painful pounding of his heart. 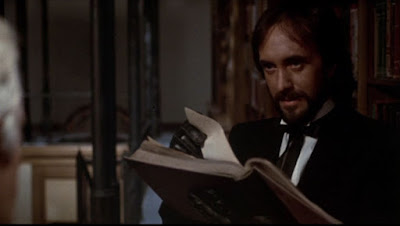 On that note, here's a recent second-hand find, a beautifully preserved copy of Alfred Hitchcock's Haunted Houseful (1961). This is a book that was well taken care of and, other than a few cracks in the dust jacket, looks as fresh today as it must have when it was originally purchased. 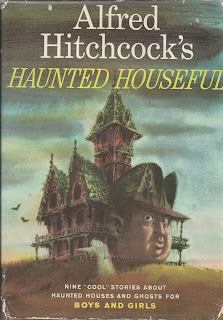 It was a Christmas present to Lisa, or "LisaBug", as her parents affectionately called her, and is inscribed thusly: 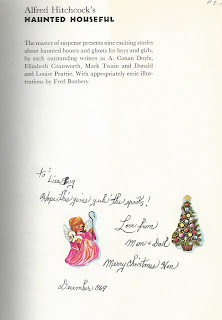 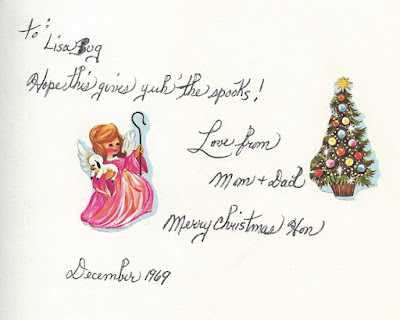 
But there's more. Sitting right next to it on the same shelf was this copy of Alfred Hitchcock's Ghostly Gallery (1962), also pristine. 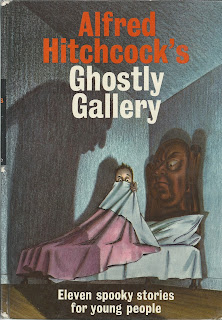 It's another present, given two Christmases later. Lisa is no longer "LisaBug", perhaps having outgrown the pet name. 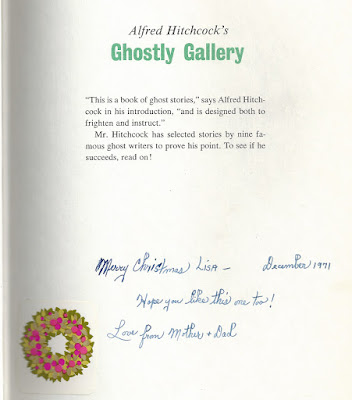 Merry Christmas Lisa - December 1971
Hope you like this one too!
Love from Mother + Dad

Perhaps she had also, by this time, outgrown books of this kind -- her parents oblivious to their maturing daughter's changing tastes? All we know for sure is, many Christmases later, both books ended up sitting on the shelf of a used book store, orphaned.

Much of this blog is the celebration of "stuff" that contributed something to my youth and seemed somehow, years later, important. But despite the name in the banner, most of these things were not sitting carefully stored in the a closet all these years like cherished treasures.

In fact, many were lost in the folly of youth, only to be reacquired years later after their absence gnawed at me for reasons irrational. A jigsaw puzzle, an activity book, finger puppets, a record, a comic. I've probably clocked hundreds of hours haunting thrift stores and auction web sites chasing this junk.

What drives me to pursue these things? The fleeting pleasure of shallow nostalgia? A vague attempt to reconstruct some lost aspect of myself? Am I writing my autobiography in artifacts?

And more importantly, does it ever end?

Is there one final item, perhaps unknown even to me until I've stumbled upon it... a missing keystone that finishes the quest forever? 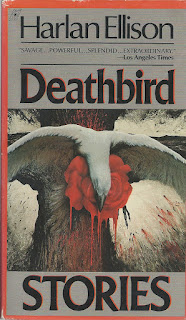 In "Adrift off the Islets of Langerhans" (1974, Harlan Ellison, from the book Deathbird Stories) the intersection of childhood ephemera and eternity is explored in the person of one Larry Talbot, who commissions, from otherworldly cartographers, a map detailing the geographic coordinates of the eternal soul within his own body. (The Islets of Langerhans, for those who slept through biology class, are not found in any ocean but refer to a feature of the human pancreas.)

With the help of a scientist friend, a microscopic clone ("mite") of Talbot is created and inserted into his own full size body, beginning a months-long quest that is as much metaphysical as it is anatomical. As Talbot's mite, travelling by tiny boat, finally closes in on the corporeal estate of his soul, he suddenly finds himself amidst a cache of lost childhood treasures.

"When at last he reached the shore of the pancreatic sea, he found a great many things he had lost or given away when he was a child. He found a wooden machine gun on a tripod, painted olive drab, that made a rat-tat-tatting sound when a wooden handle was cranked. He found a set of toy soldiers, two companies, one Prussian and the other French, with a miniature Napoleon Bonaparte among them. He found a microscope kit with slides and petri dishes and racks of chemicals in nice little bottles, all of which bore uniform labels. He found a milk bottle filled with Indian-head pennies. He found a hand puppet with the head of a monkey and the name Rosco painted on the fabric glove with nail polish. He found a pedometer. ... He found a box of radio premiums: a cardboard detective kit with fingerprint dusting powder, invisible ink and a list of police-band call codes...

But there was something missing.

He could not remember what it was, but it was important. ...

Whatever was missing was very important."

I wonder if LisaBug has any regrets about her own lost childhood treasures.

Is she missing something very important, but cannot remember what it is? Is there a hole in her soul, an empty space perfectly fitted to a copy of Ghostly Gallery?

And if I were to start tearing pages out of her book, will she suddenly, inexplicably, clutch her heart..? 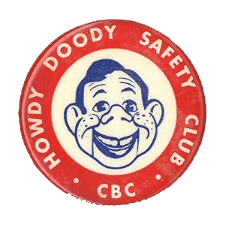