Disneyland is my bag, baby

Here are some wonderful graphics, depicting various attractions and lands, from a 1986 Disneyland shopping bag (the bag is very thin plastic, so you'll see plenty of crinkles in these scans)

I'm posting them in order of awesomeness! Feel free to challenge my judgment. 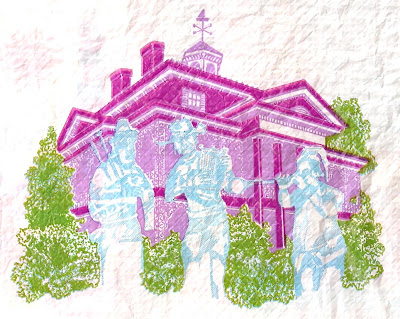 I rode this at a very young age, and it became my own personal archetype of what a haunted house was, against which all others would be compared.

Pirates of the Caribbean 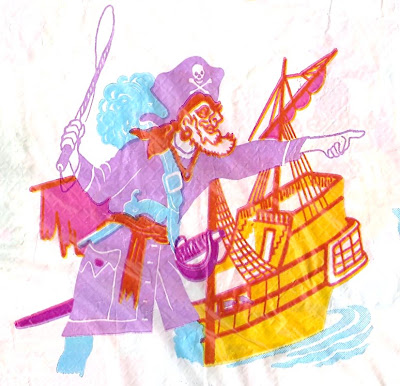 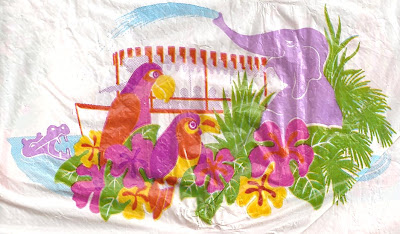 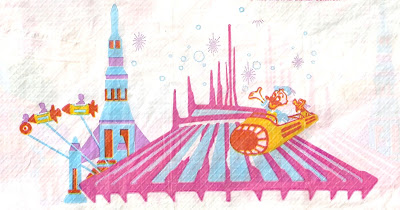 A perfect example of Disney magic--take your typical amusement park rollercoaster, put it in the dark with some effects lighting, and it becomes an otherworldy experience that excites the imagination. I also loved the elevated Rocket Jets and hope to see them make a comeback (replacing that Renaissance-era solar-system model that is currently choking the entrance to Tomorrowland). 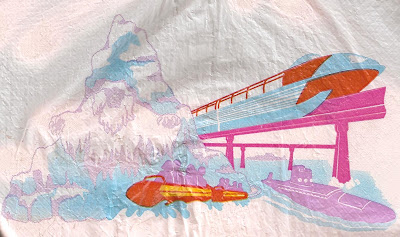 The Matterhorn, with its howling Yeti, and the original submarine ride through "liquid space", where you encounter sharks, a giant squid, and a sea-serpent, is Disney at its best. And the Monorail sure looks cool zipping overhead every few minutes. 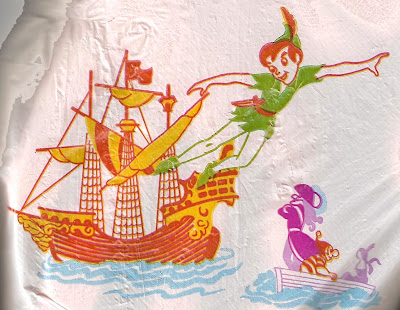 The best of the Fantasyland dark-rides. Seeing the London traffic moving way down below you as you circle Big Ben is pure magic. 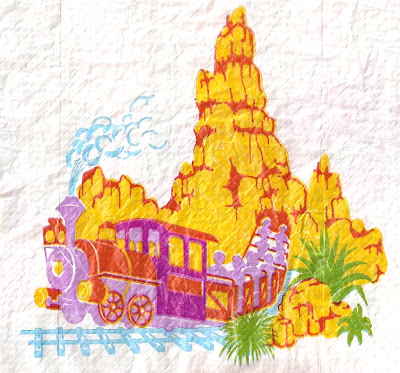 A perfect mix of theme and thrills. Is it my imagination or do they speed this ride up after dark? 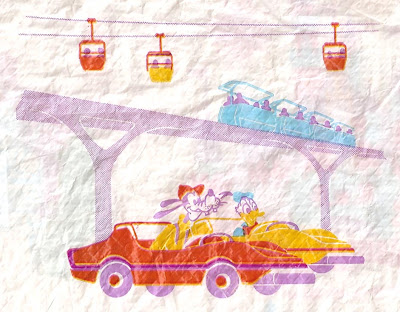 I loved the old primary-colored Corvette-styled Autopia cars. Skyway and Peoplemover both offered tours of the park from a unique vantage point.

It's A Small World 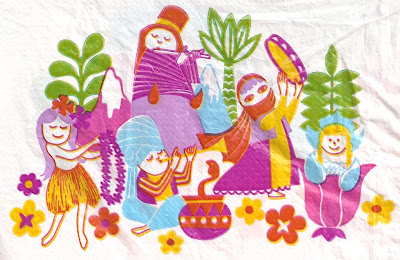 I suppose its fashionable to bash this ride, with its repetitive music and earnest theme, but I always loved it, especially the rainforest section. 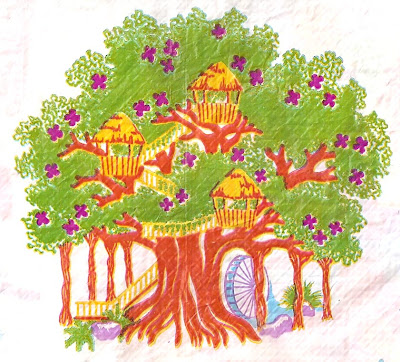 I managed to get through childhood without having ever seen the film this attraction is based on, but I always enjoyed trekking through the treehouse just the same. 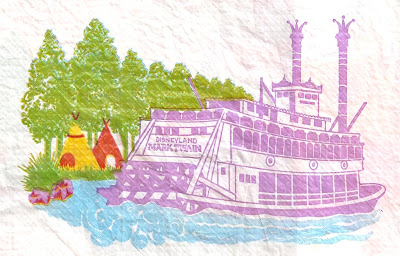 When the lines get too long and the crowds get too overbearing, stroll over to the Mark Twain and take a relaxing 14-minute vacation from your vacation. 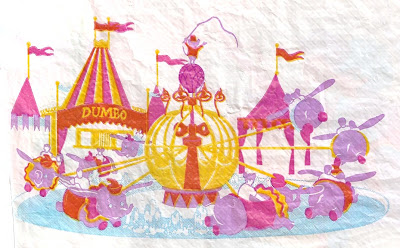 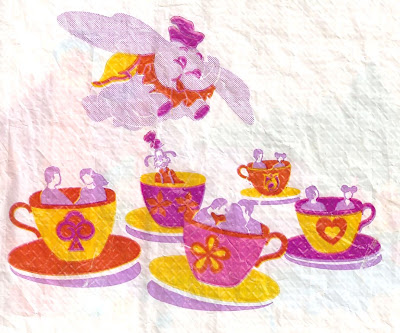 It seems like they deliberately tightened the steering wheels on these teacups so you can't spin yourself stupid anymore. 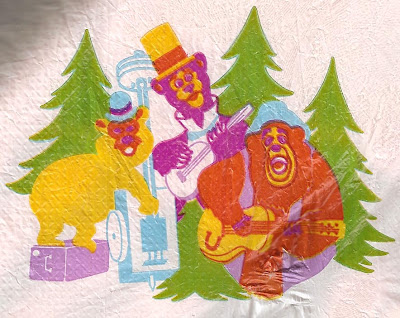 An ambitious and grand Audio-Animatronic showcase. I can't believe they tore this out to put up a mediocre Pooh dark-ride. Hopefully these bears will resurface again at the park in some capacity. 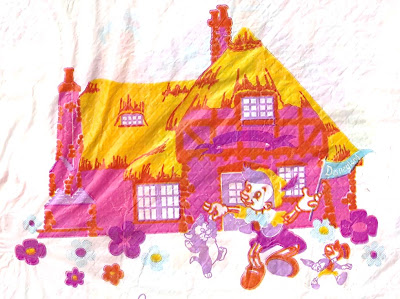 Probably my least favorite of all the Fantasyland dark-rides, but an enjoyable 3 minutes, nonetheless. 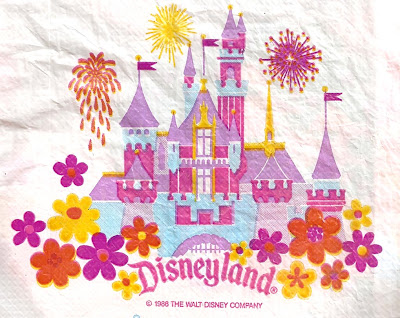 I always loved the walk-through diorama that's hidden in the castle. It was recently restored to its original greatness after being shuttered for several years. 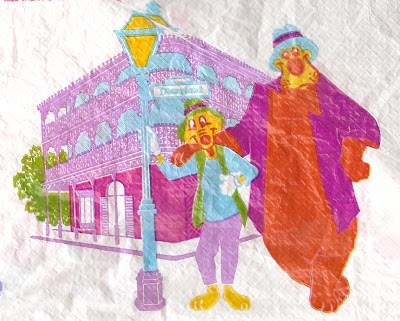 New Orleans Square is home to the two greatest attractions in the park. Add a pair of characters from an animated feature that the Disney studio has buried deeper in the vault than their WWII anti-Nazi propaganda shorts, and you've got a winner. 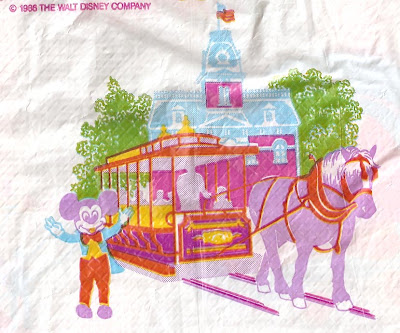 Here's a rare sight--Mickey on Main Street and he isn't being swamped by a gang of kids! 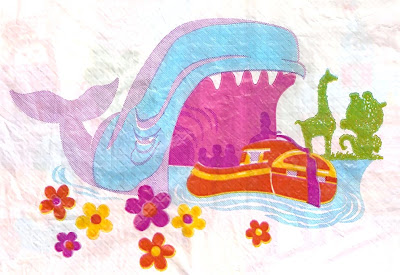 I know this leisurely float past miniature cottages and castles was one of Walt Disney's personal favorites, but beyond the initial foreboding entrance through Monstro's gaping mouth, the ride never did much for me.
Posted by Brother Bill at 6:49 AM