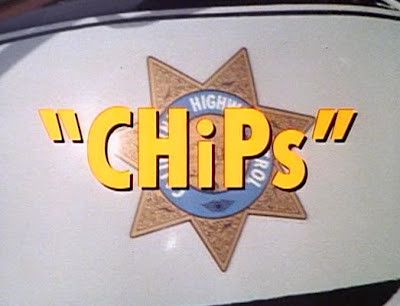 CHiPs (an acronym of California Highway Patrol) was the cop show for kids that didn't like cop shows. Officers Ponch (Erik Estrada) and John (Larry Wilcox) rarely drew their weapons, and let legions of criminals walk free with a stern warning.

In the world of CHiPs, police work wasn't about using either brute force or ingenious detective work to bring hard-boiled criminals off the gritty Streets of Mean. Instead, a typical beat might entail rescuing a runaway boat on jet-skis, luring an escaped circus tiger back to his cage, or delivering a newborn on the floor of the disco (after winning the disco contest, of course!) 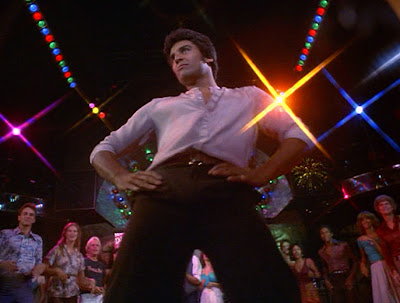 The Season 2 Halloween episode, Trick or Treat (1978), stayed true to the formula. 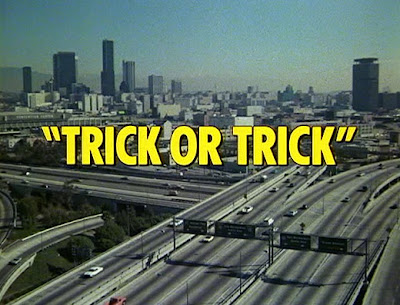 Nothing scary to see here, folks, as Ponch and John tackle decidedly lightweight incidents like a hold-up woman dressed as a ghost, candy-bag theft by an older woman convinced she's lost her wedding ring in a batch of candy, and a pair of naughty ladies stealing city property for a scavenger hunt. 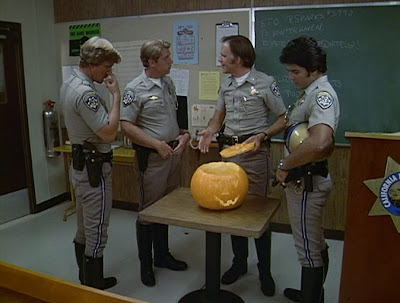 Sarge demonstrates how to thoroughly search a suspect for hidden contraband.

The biggest treat of this episode is getting a look at vintage plastic Halloween adornments... close encounters of the Ben Cooper kind.

Below we have Bigfoot (mask only, missing the smock, from the 1977 Sid & Marty Krofft show Bigfoot & Wildboy), a Batman (1974, this rendering based on the comic strip), and a Raggedy Ann (1973). Oh yea, there's also a non-plastic vampire and witch, too. 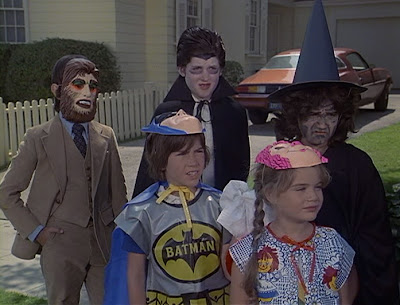 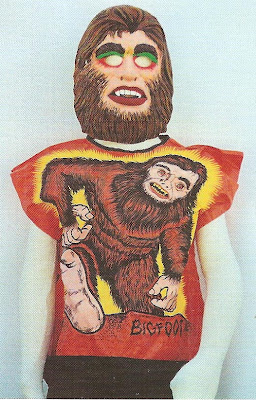 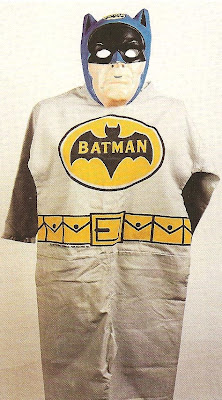 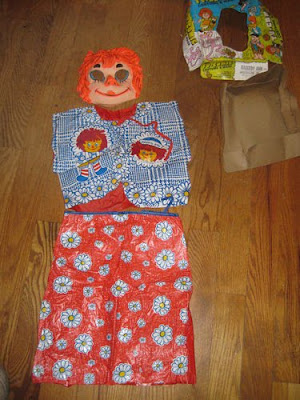 Later that evening we'll encounter this group. Bigfoot again, this time complete with smock, Skeleton (looks like a slight variation of a 1974 version that I remember as being the first costume I ever wore), The Incredible Hulk (looks like an earlier version than the 1980s model posted below), and Darth Vader (sin smock, con cape). 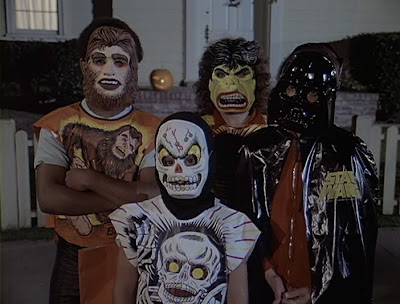 Here's a closer look at Skeleton. 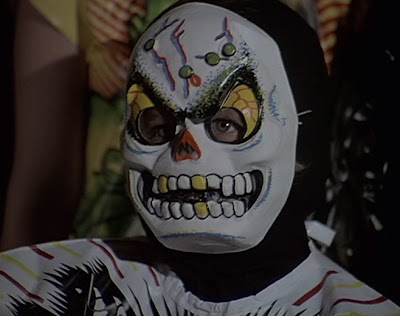 Costume images came from the awesome and topical book Halloween: Costumes and Other Treats. See many more images in a previous post here.
Posted by Brother Bill at 2:58 PM

Great post! I remember this episode so well. Loved it and so glad someone finally did a post on it. Thanks!

Was I the only one that thought John was the cute one?

Ponch was the more "popular" one, but I idolized Jon more, he was the one I always pretended to be when my brother and I played "CHiPs". :)

i totally remember that episode!

Why, oh why did they have to stop making those Ben Cooper-style costumes? I have such fond memories of the rubber band getting tangled in my hair and scraping my face against the hard edges of the inside of the mask.