The Chicken Heart That Ate Up New York City 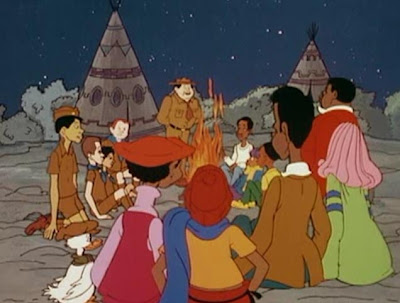 Fat Albert and the gang have left their inner city junkyard to spend two weeks in the fresh forest air of Camp Green Lane. On their first night, sitting around the campfire, Bill tells the scary story of The Chicken Heart That Ate Up New York City. 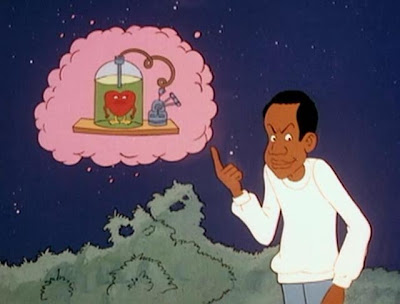 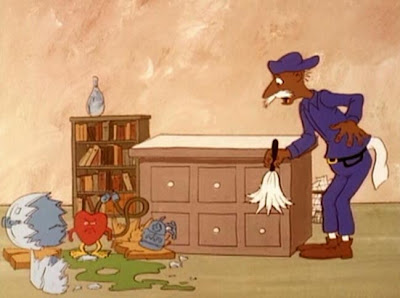 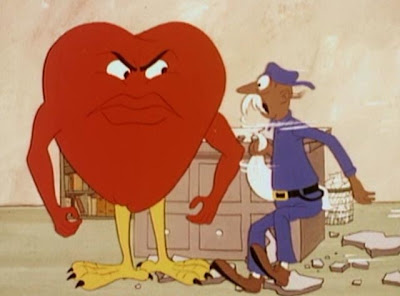 "The janitor went to get a rag to clean it up. The chicken heart grew six foot five inches!"
(thump-thump... thump-thump...) 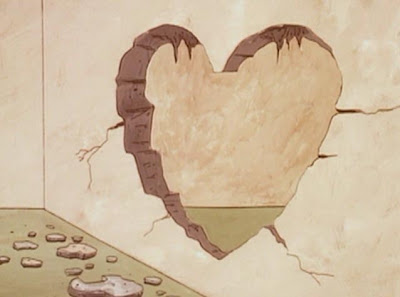 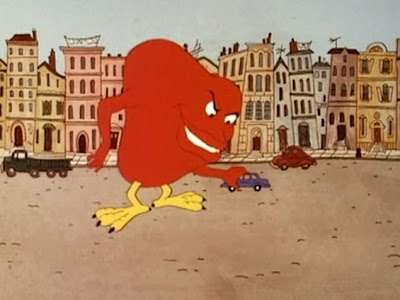 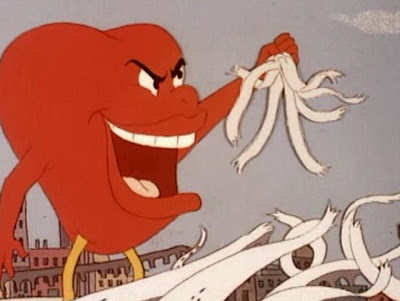 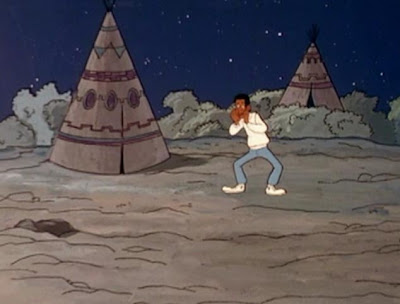 This telling of the Chicken Heart story appears in the October 1972 episode of Fat Albert and the Cosby Kids, "Fish Out of Water". If the whole thing seems more silly than scary, that's because this is a story that is meant to be heard, not seen. It's based on a sketch from Bill Cosby's 1966 album Wonderfulness. 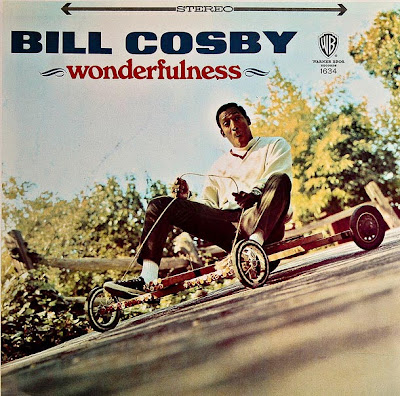 But the Chicken Heart story doesn't originate here. Rather, that sketch is the humorous telling of how Cosby first heard the story, as a frightened 7-year old, on the late night radio program Lights Out.

Lights Out was hosted by playwright turned radio personality (and later, film director) Arch Oboler. The show first aired in 1934, but was rebroadcast in reruns as late as the early 1960s. The stories were unique and scary enough to warrant several pages of coverage in Stephen King's non-fiction survey of the horror genre, Danse Macabre. The Chicken Heart story, according to King, exploits "the mind's innate obedience, its willingness to try to see whatever someone suggests it see, no matter how absurd" to force your imagination to confront the impossible, grotesque, hungry heart that eventually expands to cover the entire Earth. (thump... thump...) 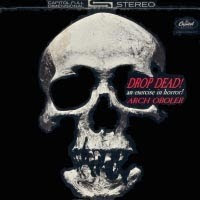 Some of Oboler's Lights Out material wound up on a 1962 album Drop Dead (available as an Amazon download here).

You won't find the usual ghosts, vampires or werewolves here. Aside from the Chicken Heart story (played straight, with tongue nowhere near cheek), you also get Taking Papa Home, in which an elderly couple, driving home from a retirement party, finds their car stuck on the train tracks, the wife desperately trying to remove her husband, drunk from celebrating, as the train barrels toward them.

In A Day at the Dentist's, a patient realizes too late that the dentist about to apply sharp tools to his pearly whites is the husband of the woman he's been having an affair with.

If you aren't already squirming in your chair, try listening to The Dark, about a mysterious black fog, seeping from behind an attic door, that turns anyone it touches inside out--without immediately killing them!

The Dark may have inspired the final gag of The Simpson's Treehouse of Horror 5 (aka The Simpson's Halloween Special V) in which a fog turns the Simpsons family inside out before they break out into song. 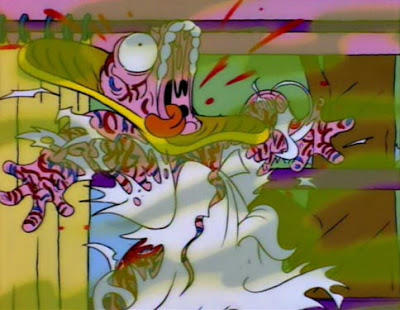 We used to listen to "Wonderfullness", my pop still has the record :D

One of my husband's favourites!

Bill, great site!
I have enjoyed reading much so far after a childhood friend recommended it to me.
Have you any chilling facts recollections about:
the made-for-TV film "Horror at 37,000 Feet"
with William Shatner, Chuck Connors et al
or
Kolchak:The Night Stalker
(Another Dan Curtis offering)
I am glad to see you have referenced the Zuni Fetish doll, that one left an impact!

I remember them fondly...

Thanks for the kind words. I have yet to see "Horror at 37,000 Feet" (friendly neighbor Kindertrauma has a post on it, though.) http://www.kindertrauma.com/?p=3948

Didn't meet Mr. Kolchak until I was an adult (but thoroughly enjoyed both Night Stalker and Night Strangler upon finally seeing them on DVD.)

Nice post, but actually Lights Out was the brain child of former NBC Continuity Editor in Chicago - Wyllis Cooper, who later produced and wrote the radio series "Quiet, Please" as well as a one season television series called "Volume One." Cooper created the show in Chicago and continued with it up to 1936 when he left for Hollywood to write scripts for among other films: Son of Frankenstein and some Mr. Moto films. He left Hollywood fairly quickly returning to his first love - radio. At the time he created Lights Out, he spelled his name "Willis" and only later changed it to Wyllis in 1940 at the urging of his second wife who was into numerology.

@Jim thanks for the correction, I'll update the post.