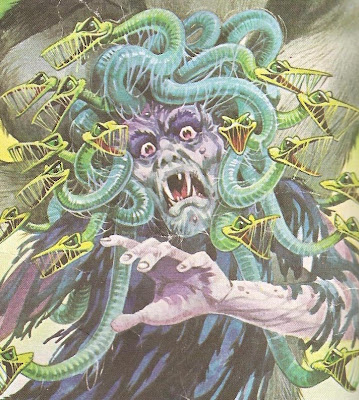 "All About Monsters" (written by Carey Miller, published by the EMC Corp., 1977) is one of three books in a series called "The World of the Unknown" which got regular circulation at my school library (and it looks like the ex-library copy I've scanned here saw plenty of action as well). 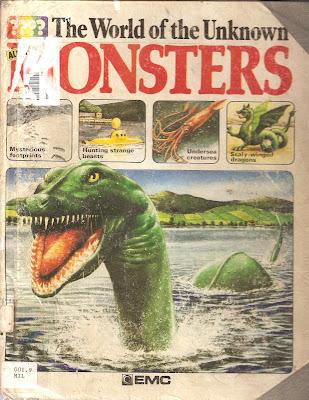 It really does try to live up to its title by covering all categories of "monsters", from Greek and Roman mythology (Cyclops, Sirens), to Old English literature (dragons and Beowulf's Grendel), cryptozoological legends (Bigfoot and the Loch Ness Monster), and real-world prehistoric dinosaurs. There's even a section on famous monsters of film and creature make-up effects, and finally a monster dictionary. 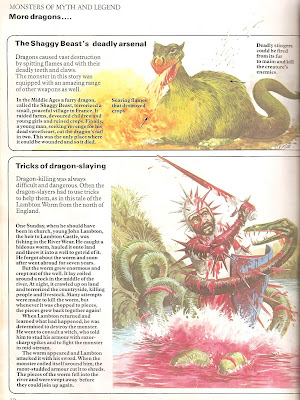 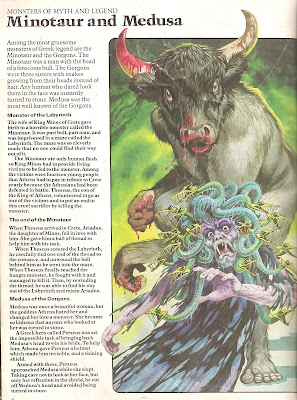 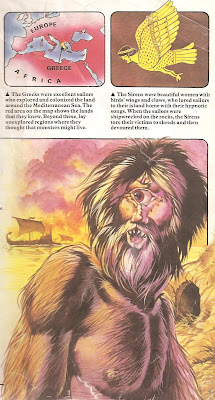 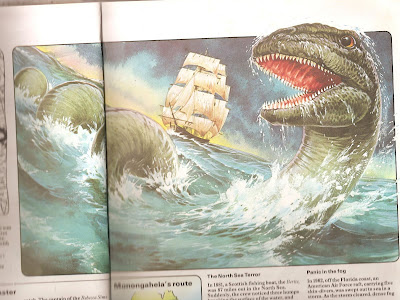 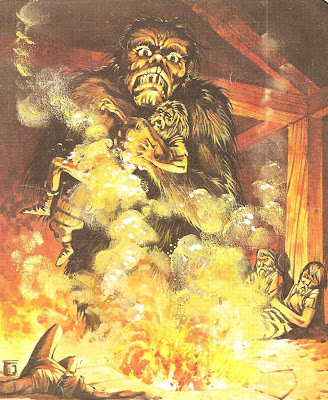 Above, a depiction of Grendel, the man-eating monster from Beowulf.

This is a pretty thin book (only 32 pages!) to endeavor to cover so much information, so no subject is covered in depth. Instead we get well illustrated spreads that briefly introduce each topic, but leave you to pursue deeper studies elsewhere.

The "Man-Made Monsters" (aka movie monsters) section features an eclectic assortment: King Kong, Mecha-Kong, Frankenstein, Jaws, HAL 9000(!), Godzilla, the squid from "20,000 Leagues Under the Sea", and the Mummy. 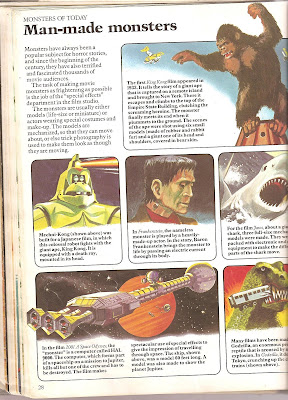 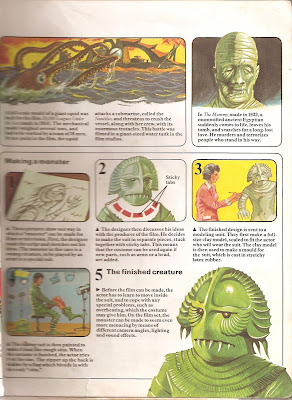 This modest (only 2 pages) monster dictionary was my favorite section. 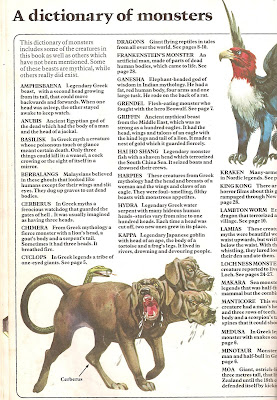 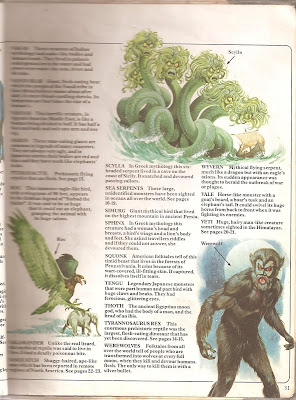 These cover images from the other two books in the series are found on the rear cover of "All About Monsters". 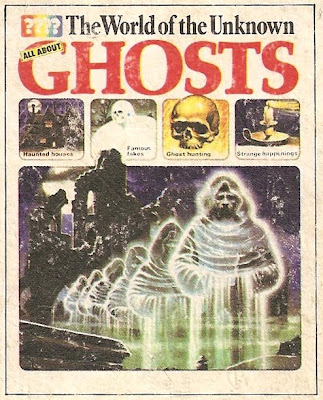 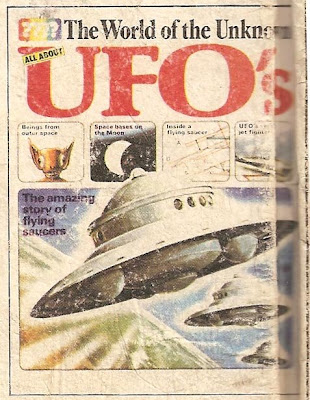 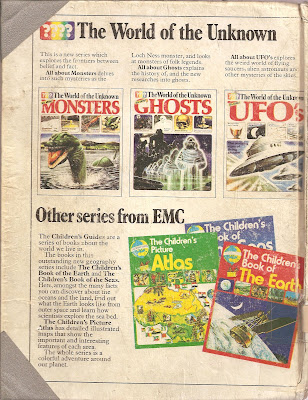 UPDATE: Subsequent post on "All About Ghosts" can be found here.

I ordered this book form scolastic as a kid!!

Only I think both this and the Ghost books were incorprated into another series, one that incldued another book on prehsitoric mammals, sea exploration, and dinosaurs. The monster book had a really cool painting of a t-rex ("the fiercest beast to walk the earth") tearing open a hadrosaur, with another rex really close up, his jaws dripping blood. there was a small inset picture of man in comparison in size to t-rex. the man was in a space suit, and looked like a time traveler from the future.

Love it! One of my most loved monster books from my youth, and one I'd completely forgotten about until finding your blog. Thanks!

I've been trying to find images from these books for ages! Thanks for scanning and showing them. I remember being scared of the picture of Grendel - any chance you could scan that?

Grendel was one of my favorites too. I've added him to the post (better late than never???)

Absolutely AWESOME! The memories from my childhood are flooding over me as I look at these scans..... oh the memories. I can still smell the lunch room and the paper bags our lunches were in as I sat there pouring over these books I had checked out of our school library. I checked these books out several times a year all through elementary school.

the story of Jeff the talking mongoose really freaked me out, as did the Kelly Hopkinsville goblin and the picture of the skull where you focused on it then saw it on your wall. Love these books and think I'm going to have to spend a penny on the Amazon site for each one now, thanks :)

Thank for showcasing All About Monsters. I have very fond memories of this book and its influence on me as a (very) young horror writer.

Gosh, I LOVED these books when I was a child. All About Ghosts was my favourite, in the months and weeks leading to Halloween. I started playing horror games from May onwards. All About Monsters was my summer read. I remember arguing over and over again with one of my friends about the Loch Ness monster. Not whether he existed or not, but whether he was a plesiosaur (as I thought) or an elasmosaur (as the book and my friend claimed).

Add me to the list of people who loved these as a kid. I've actually been trying to find them for YEARS now but couldn't recall the title. This post has connected all the dots--Thank You!!! :D