It's race day in the "gloom-shrouded Transylvanian alps." 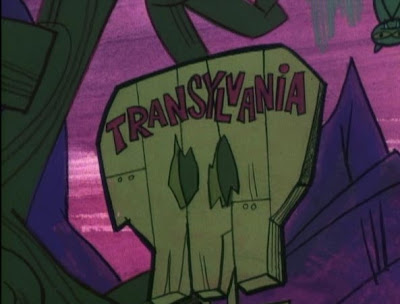 Not to be confused with the famous auto races in Monte Carlo... this is the "Monte Carloff Monster Rally." (And if puns aren't your thing, you may want to exit now!) 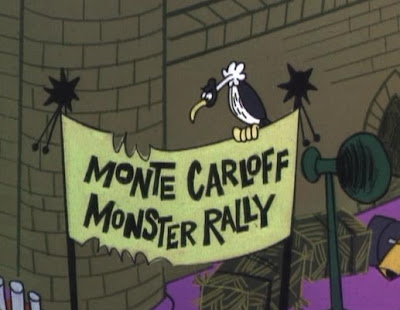 This event is held only at midnight, under a full moon and a witch-filled sky. 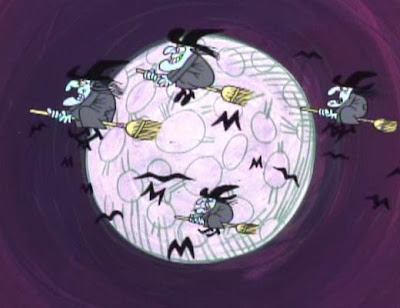 The stands are stacked with monsters and creeps from all over the world. 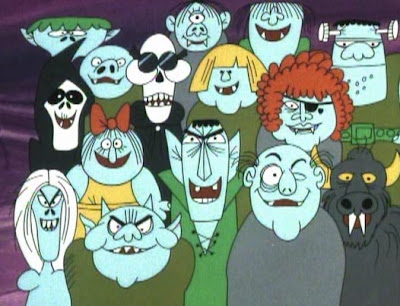 But the event's hosts, Prince Monte-Carloff and his lovely undead wife Sepulchre, enjoy an elevated view from the balcony of their nearby castle. 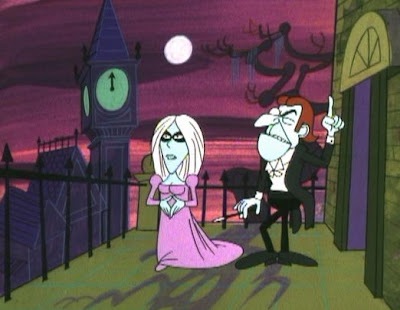 The racers include Lobo Van-Goosey, a wolf-man who drives a Four-Claw Ferrari Road Ripper... 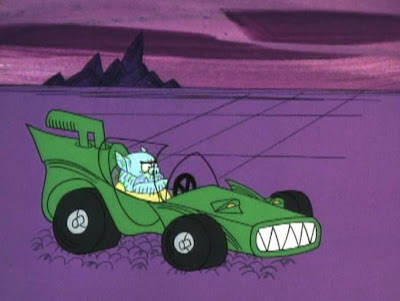 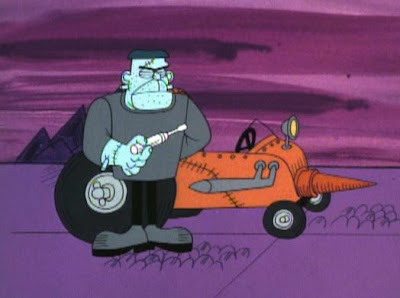 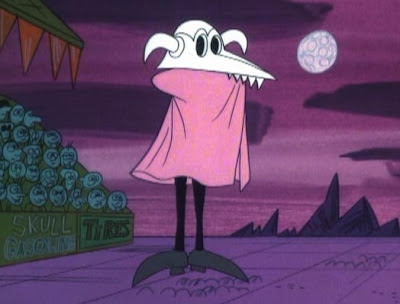 Should any of the drivers try to back out of the race at this late stage, it will cost them an arm and a leg. Literally. 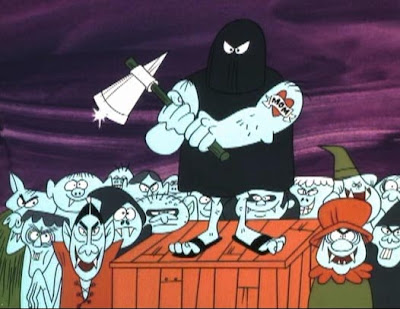 The lovely Sepluchra fires the starting pistol... with deadly aim! 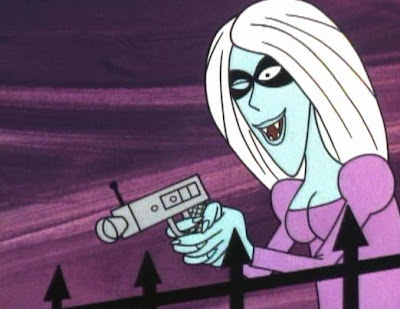 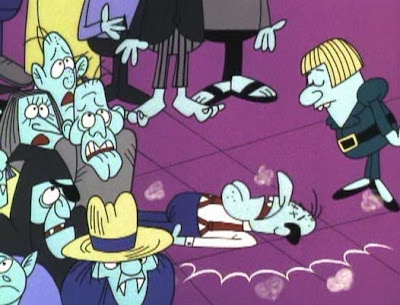 The race course winds around craggy mountains, past a local cemetery... 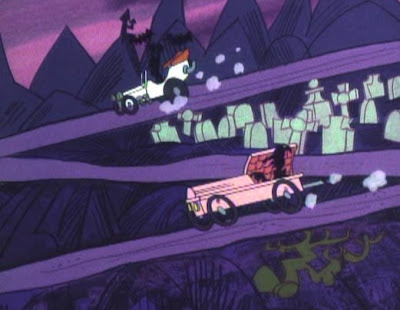 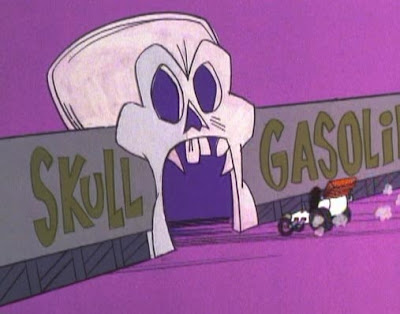 Of course winning the Monster Rally isn't just about speed. You can expect all manner of sneaky shenanigans on the road. Lobo Van-Goosey uses the chomping grill of his car to take a bite out of Frankenstein's back tire. 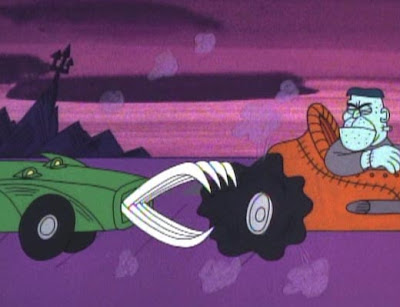 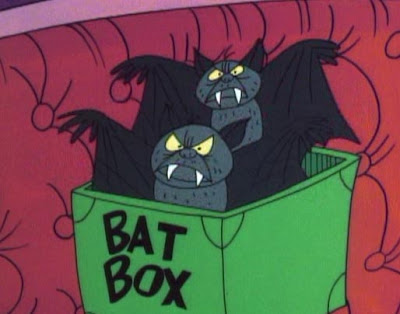 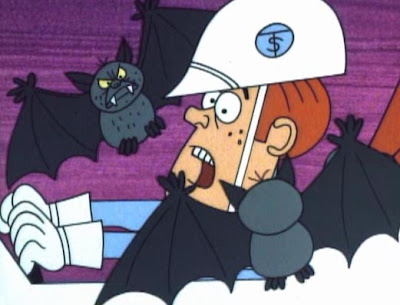 But even a faceful of bats doesn't keep Tom Slick from taking the prize. And Sepulchre is known to get so excited by the award ceremony, she sometimes loses her head. 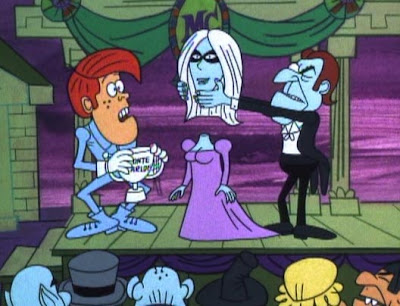 The Monster Rally comes from the first episode of Tom Slick (a supporting toon in the 1967 Jay Ward produced George of the Jungle.) Available on DVD here.
Posted by Brother Bill at 9:19 PM

Interesting that the real-life Tom Slick was an eccentric real-life Texas oil millionaire who funded searches for cryptozoological animals, including the Yeti in Tibet and Bigfoot. Loren Coleman wrote a book about him, "Tom Slick and the Search for the Yeti."

Wonderful blog you have, BTW - I'm going through the archives.