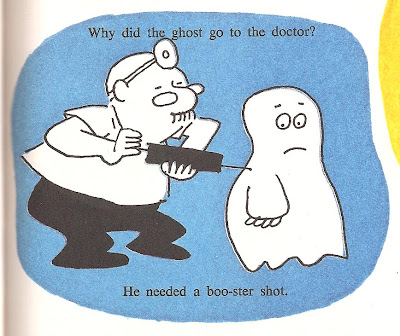 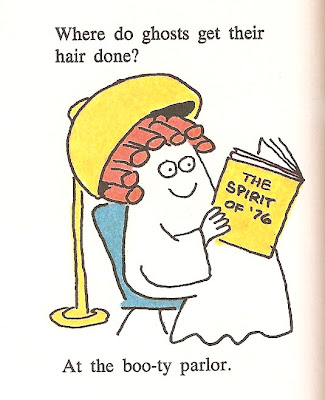 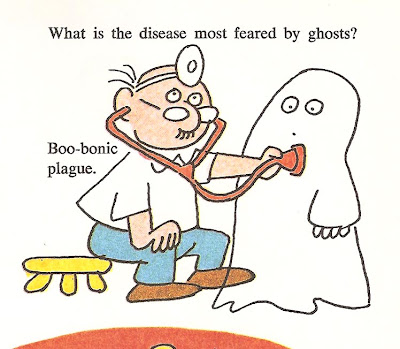 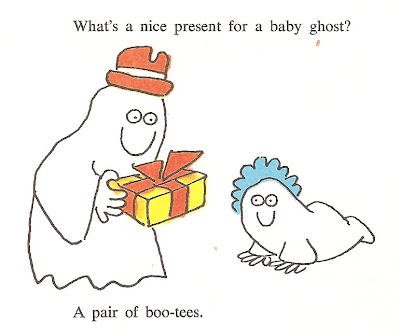 The above jokes might illicit more groans than a haunted attic, but it's exactly the kind of silly stuff I ate up as a kid. They're from The Funny Book (1977, Golden Press), by children's book illustrator Jack Kent.

I never owned a copy of this book myself, but it was among the limited selection from the bookshelf at the daycare I attended in first grade, and I remember racing daily to get a hold of it before it fell into the hands of some other kid. 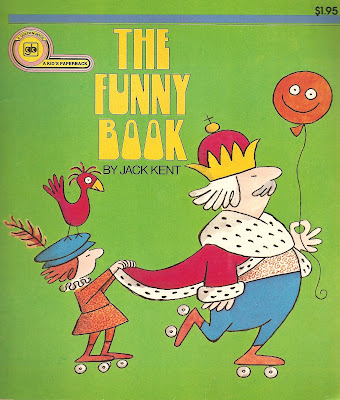 It's full of jokes (some punnier than others... Ha!--did you see what I did there?) as well as random bits of comic wackiness that don't necessarily have a punchline, like this spider-web strung harp, and balloon-headed boy. 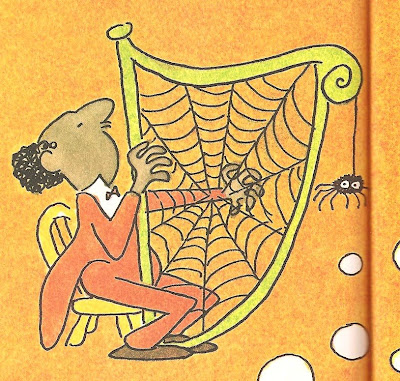 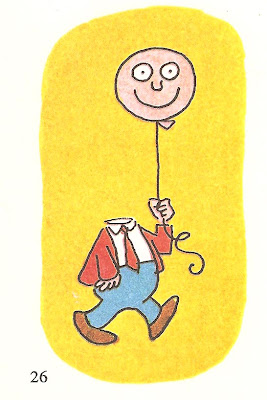 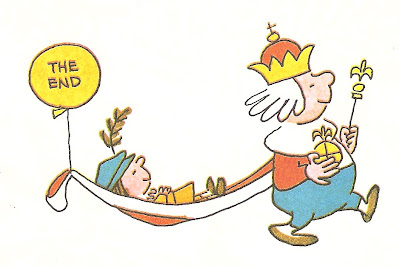