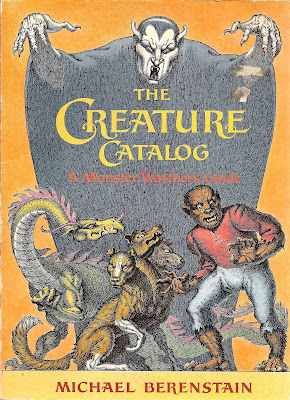 A monster dictionary of sorts (see also All About Monsters), The Creature Catalog - A Monster Watcher's Guide (1982, Random House) is a field guide to "weird and astonishing things on earth and other places", covering all categories of monsters, from folklore to mythology, cryptozoology, literature and film, with striking illustrations by author Michael Berenstain. 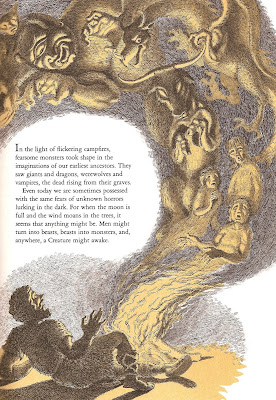 If Michael's last name rings a bell, it might be because he's the son of Stan and Jan, of Berenstain Bears fame. 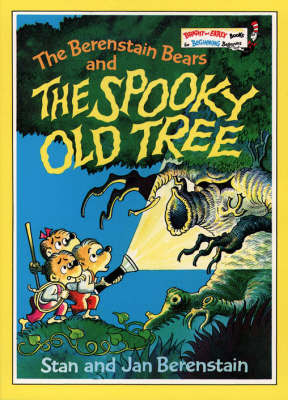 Here's a sampling of the 70 or so creatures covered here.

The Werewolf, we learn, may have been born out of man's fear in older times of being consumed by a hungry pack of wild wolves. 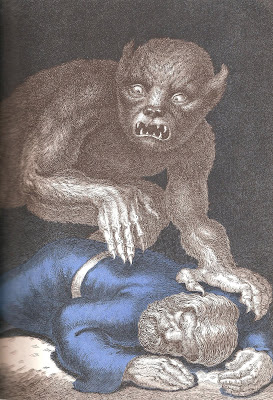 The vampire may have been made famous by Bram Stoker's novel Dracula, but it's origin can be traced to the horrific barbarity of real-life 15th century figure Vlad the Impaler. 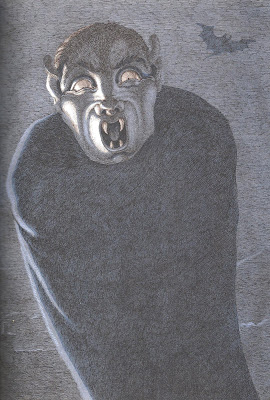 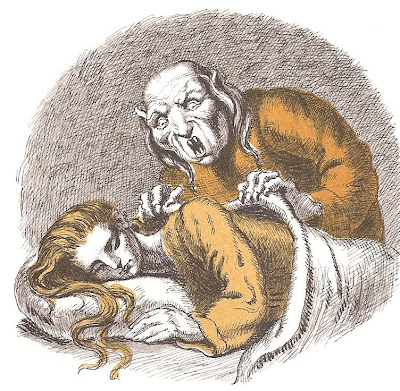 Here's a lesser known entry from Greek mythology, the Lamia, a snake-woman with a thirst for human blood.

Brief entries on several other monsters from ancient Greece, including centaurs, harpies, and Medusa. 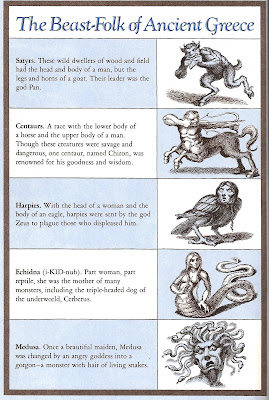 Another unusual inclusion: from Jewish folklore, The Golem. 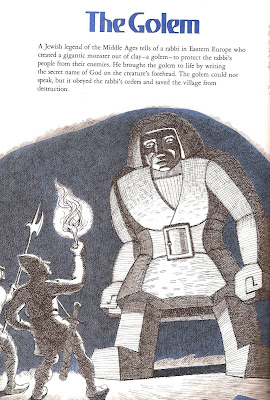 Zombies are associated with the voodoo rites of Haiti... 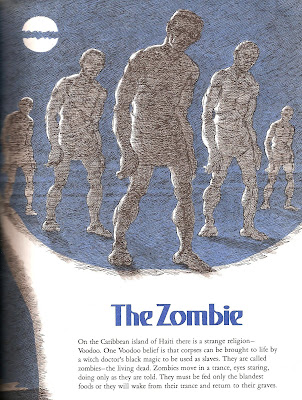 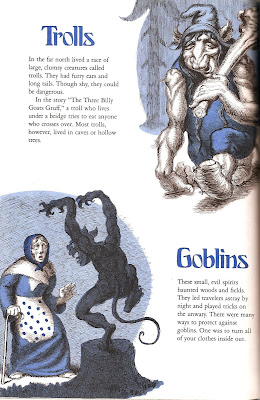 From the legends of Sinbad, here's the giant vulture-like bird call The Roc... 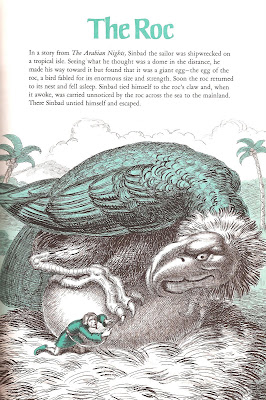 Sea-monsters, some of legend (the Kraken), some believed to be real (the Loch-Ness Monster): 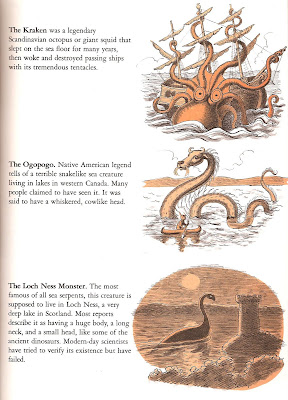 The Abominable Snowman, believed to lurk amongst the Himalayan Mountains of Tibet... 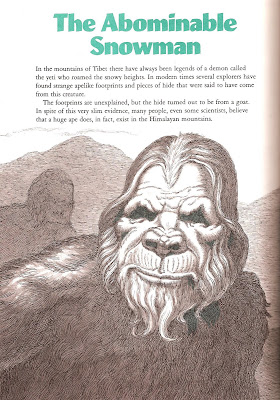 An excellent rendering of the original King Kong... 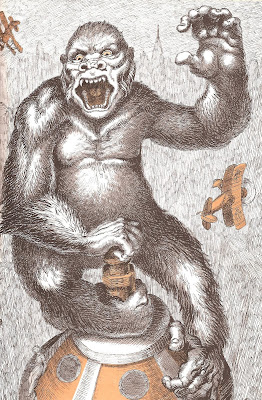 The Creature Catalog is out of print as of this writing. 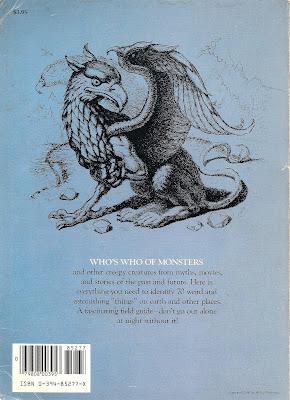 I bought a copy of this through one of those book order things in fifth grade. I've still got my copy, although it's in rough shape. I used to draw pictures, referencing the creatures portrayed in the book. Great monster book!

see too this excellent book by Berenstain, The Troll Book:

killer. i dig it.

Do you still have access to this book? If so, could you please look something up for me? It has a blurb about a blob from an old sci-fi story (not the blob from the movie "The Blob"). I'd love to know the title and author of that story.