What do you get when you gather up all of Rankin Bass' already established and beloved Christmas characters, among them Santa Claus, Frosty the Snowman, Rudolph the Red-Nosed Reindeer, and Jack Frost, craft an overly complicated mythic backstory for them, then set them on a hot-air balloon trip to visit a sea-side circus in the middle of Summer? Why, you get a Christmas In July (1979, Rankin Bass), of course. 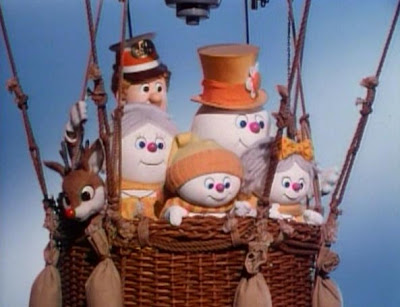 A lesser (and less-remembered) entry in Rankin Bass' long line of holiday-related specials, Christmas In July nonetheless introduces us to a wonderfully wicked new villian... Winterbolt, King of the North Pole (voiced by Paul Frees). Living in a frozen mountain peak and armed with a magic staff, he ruled the North Pole with an icy fist in the days before Santa. 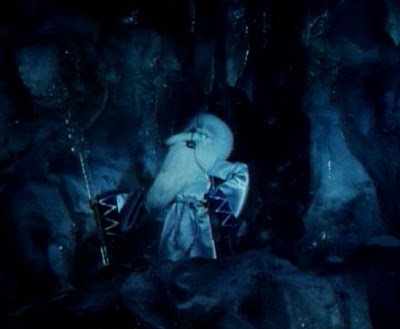 But Winterbolt's evil is put in check one day by Lady Boreal, Queen of the Northern Lights, who puts him in a deep sleep for many years. 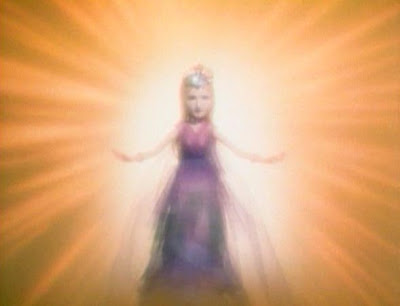 But Lady Boreal's spell doesn't last forever, and one stormy night, after years of slumber, Winterbolt awakens from his frozen bed, looking very much like Dracula rising from the grave. 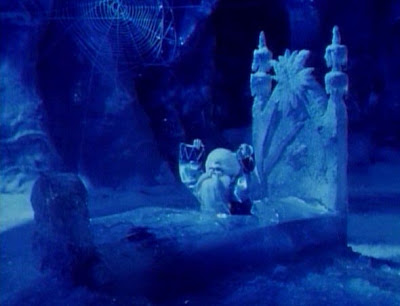 Winterbolt has two pet snow dragons at his command, which breathe frost, and can whip up a Christmas-cancelling snowstorm. 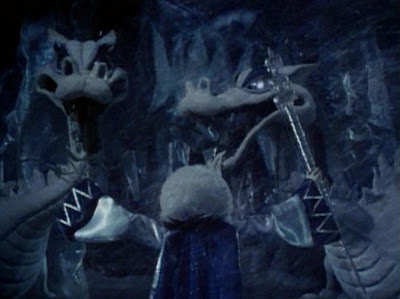 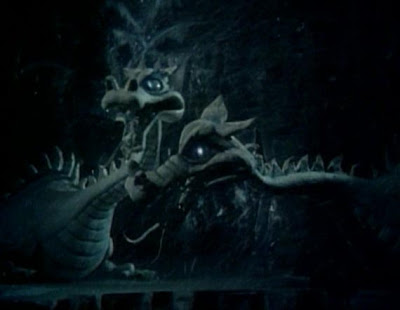 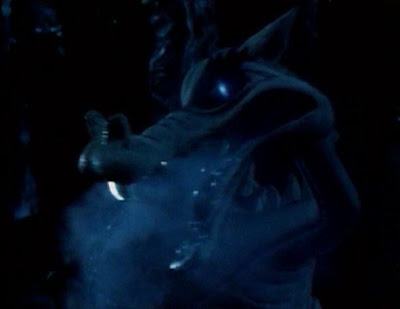 He also drives a sleigh pulled by giant flying snakes, who nearly end up eating Rudolph in one encounter. 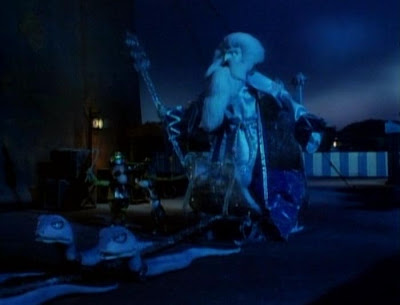 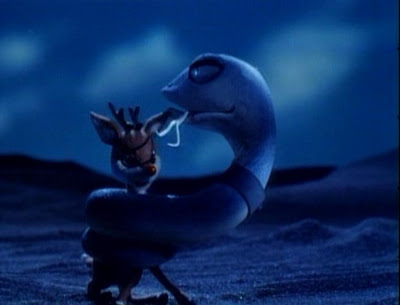 But his creepiest ally is the Genie of the Ice Scepter, a lifeless face formed in an ice wall, with two glowing and glowering eyes, that serves as a "magic mirror" to Winterbolt, offering advice and predictions. 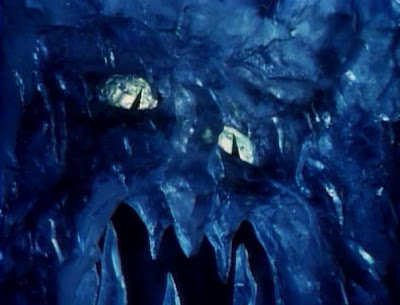 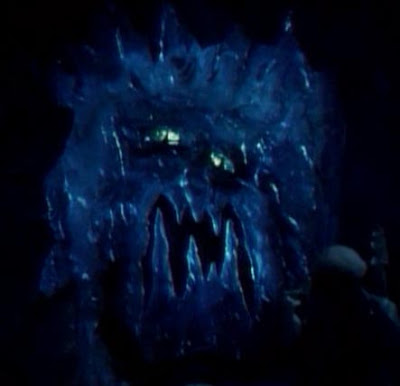 Winterbolt seeks to reclaim his power by stealing Christmas and usurping Santa's role as beloved gift bringer to the good children of the world. His hilariously warped take on the role of Santa is revealed when Winterbolt speculates:

"I could be greater than Santa! I'd give the little brats twice as many toys, and they would love me more! They'd become lazy and dependent on me, and I would rule them all!" 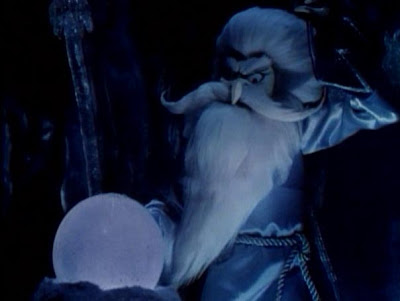 When Winterbolt's magic staff is shattered, his powers are lost, and he transforms into a gnarled old tree. 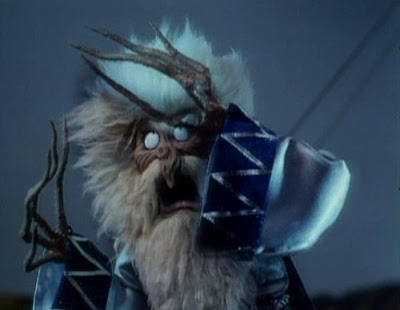 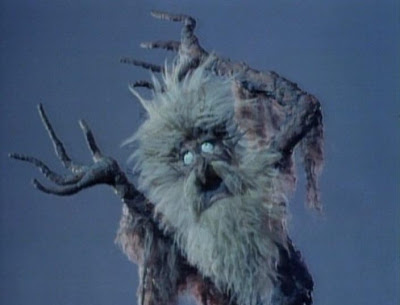 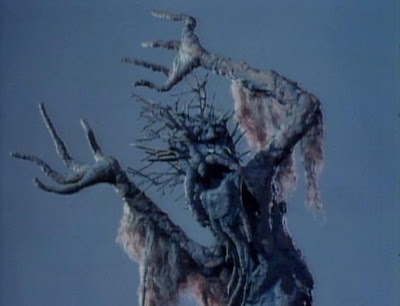 Christmas In July has been released to DVD individually and as part of boxed sets Christmas Television Favorites and Classic Christmas Favorites. 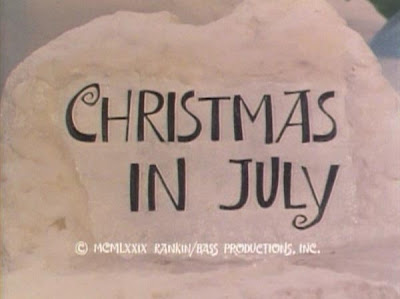 Thanks for posting this, I haven't seen it in ages!