Surprise visit from He Who Kills 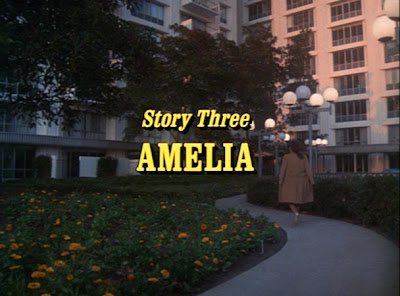 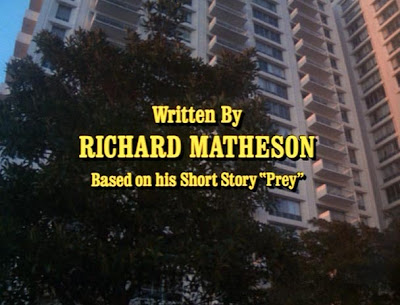 Sometime in the mid-70s, on the elementary school playground, a friend told me a story (more of a fragment, really) about a possessed doll that had a chain tied around its waist. When the chain fell off, the doll came to life, attacking everyone in the house, until finally someone trapped it in the oven and burned it to death. I had no idea what the source of this story was (and neither did the teller, apparently) but it sounded absolutely horrifying.

It was YEARS later that I randomly stumbled upon Trilogy of Terror (1974) on television, the Dan Curtis-directed, made-for-TV anthology comprised of three short stories by Richard Matheson. 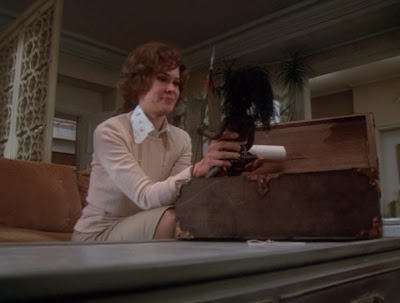 I finally discovered that the "possessed doll" in my friend's playground ghost story was none other than the Zuni fetish doll from Matheson's short-story "Prey" (1969), retitled "Amelia" for the TV adaptation.

Sure enough, the Zuni fetish doll has the magical chain around its waist. As Amelia (played by Karen Black) describes it in the original story: 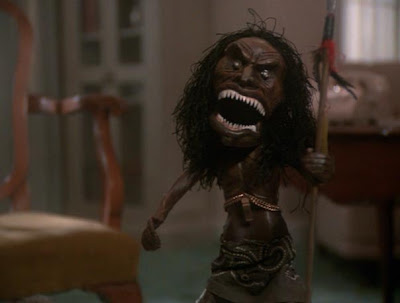 "There's a golden chain around it to prevent the spirit from--escaping, I guess...His name is He Who Kills. You should see his face."

Of course the chain does fall, and the doll mysteriously disappears from sight. After some tense cat-and-mouse with lamps shutting off, and knives vanishing from countertops, the doll goes into full-scale attack mode, before finally being negotiated into the oven to meet his demise. 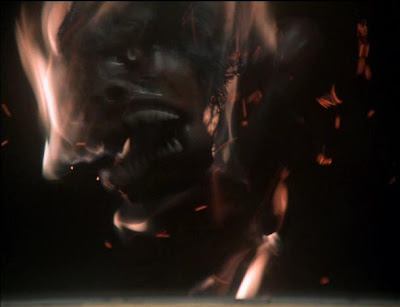 The Zuni fetish doll made another appearance in the sequel, Trilogy of Terror 2 (1996), although I haven't seen it, and its currently unavailable on DVD.

But I was recently watching an episode of Nightmares and Dreamscapes (2006), the horror anthology TV series which adapts short stories by Stephen King. The episode "Battleground" (based on a story originally found in King's "Night Shift") is about a professional assassin who keeps a souvenir from each of his victims in a display case. Guess what one of those souvenirs turns out to be? 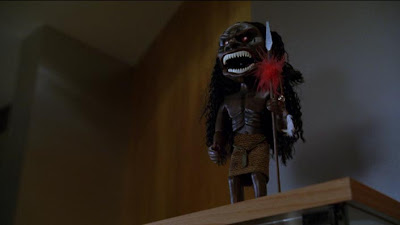 The "Battlegound" episode was directed, coincidentally, by Matheson's son, Richard Christian Matheson, and, like "Prey", centers on a toy that comes to life in an apartment and plays cat-and-mouse with the lone occupant before escalating into a full-on assault.

I saw it on television back when it first came out and I thought it was terrific. I remember being creeped out by the ending, too, but surprisingly I don't recall having any nightmares about a savage little Indian doll chasing me around the house with a spear. That Zuni doll kicks Chucky's ass and rates up there with the better parts of movie monsterdom. Lots of people from the 70's remember that doll.