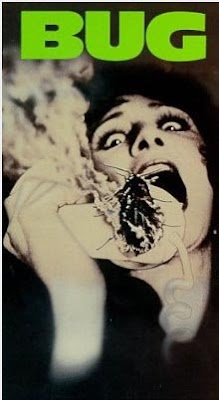 "Bug" (1975) was the last movie produced by horror legend William Castle. I was born too late to experience any of his classic shlocky horror films in theaters (13 Ghosts, The Tingler, House on Haunted Hill, Mr. Sardonicus, etc.), but I caught "Bug" as a grade-schooler when it played on television in the late 70s, and it scared the crap out of me.

"Bug" is not considered a great film by...well, anybody. But it has its moments. Based on a 1973 novel The Hephaestus Plague by Thomas Page, it's about some fire-starting insects (portrayed by what looks like dressed-up hissing cockroaches) that emerge from a crack in the earth and slowly, steadily wreak havoc on a little desert town. Unlike other "bug movies", these insects aren't immediately recognized as a threat. Just like ordinary insects, they are found chirping passively in the front lawn, or scurrying in the dark corner of the garage, and are at first seen as merely a nuisance. 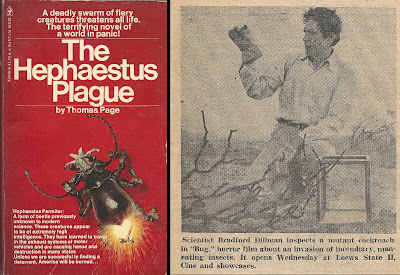 Professor James Parmiter (Bradford Dillman) stars as an entomologist who becomes fascinated with the critters and captures a few for observation in his own home. In one particularly creepy scene, he carelessly leaves the bug cage unlocked. 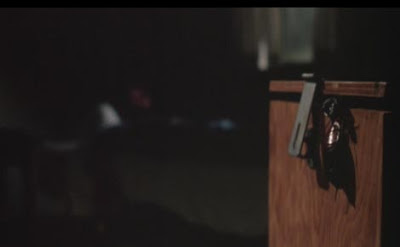 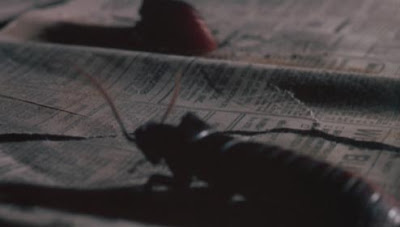 The little guys creep out of the top of their box, scurry across the floor, and climb all over James' sleeping body.

The bugs are carnivorous, you see, and start nibbling away, drawing blood. 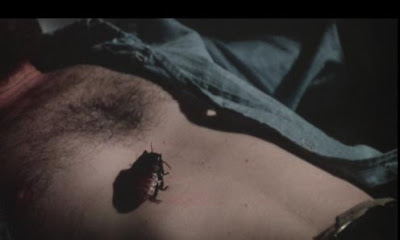 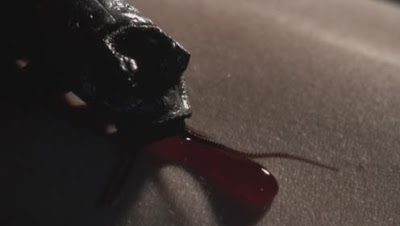 He wakes up in horror. 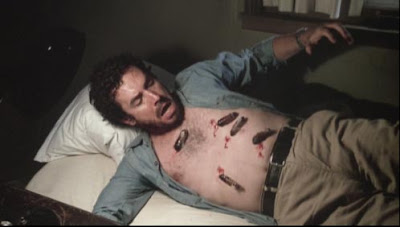 As a child that was simultaneously fascinated by and afraid of insects, and who had occassionally caught some in jars to keep in my room for a time, this scene really tapped into a very personal anxiety.


There is another scene where a woman is alone in her kitchen, unaware that a BUG has hitched a ride on the back of her clothes. 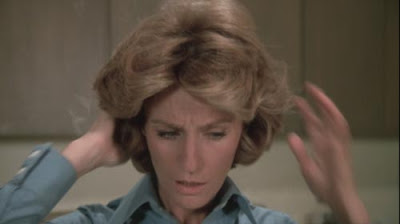 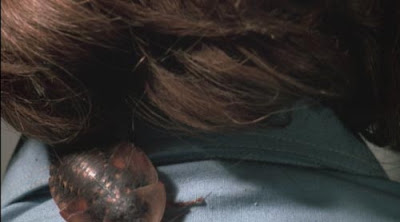 As she stands around pondering a recipe, the little guy sneaks up her back, into her hair, rubs its little feelers together and ignites a fire in her hair. 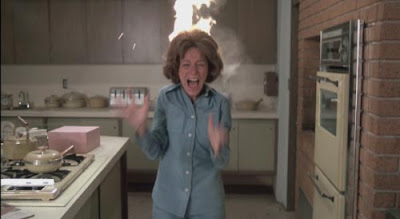 The kitchen had always struck me as strangely familiar. "Bug" was released in 1975, a year after "The Brady Bunch" had gone off the air, and both came from Paramount studios. I always wondered if they had used the Brady's kitchen set.
Years later, someone invented the Internet, and I was able to pursue this nagging issue. According to the trivia section of IMDB, the famous Brady kitchen and the "Bug" kitchen are one and the same.
Let's compare, shall we? 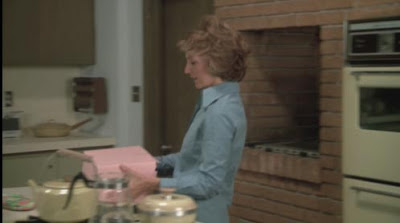 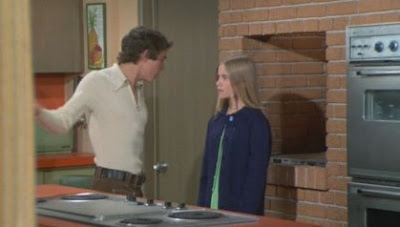 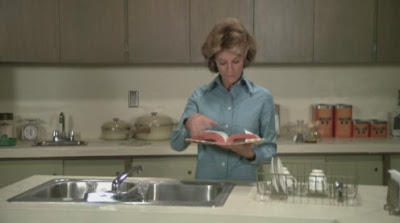 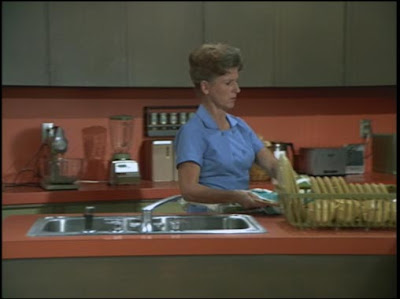 Here's a shot from just outside the kitchen area: 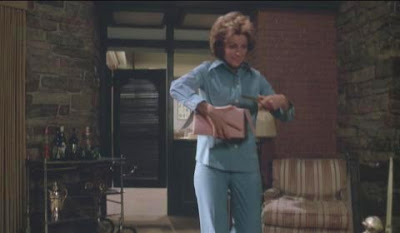 And a differently angled, but comparable shot from The Brady Bunch. The saloon doors added for "Bug" really added some kinetic energy to this space. 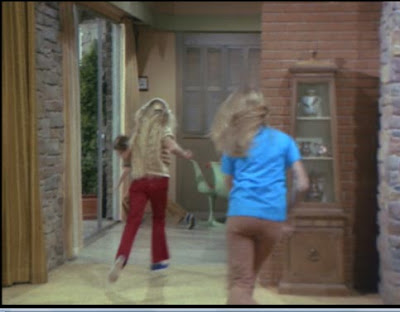 Holy crap! How had I never noticed that before? As soon as you mentioned the Bradys, though, it was obvious.

I have never seen Bug, but that is the Brady kitchen for sure. Pretty cool I'll have to check Netfilx for Bug.

Thanks for posting this, LOVE it!!!

I remember being scared by the trailer for "Bug." They actually showed it in front of a Disney cartoon in the theater I was at.

BUG is on TV tonight, so naturally I stumbled upon this excellent article. Good job catching it!

I'm watching Bug now and just noticed the kitchen. As the woman is running out of the kitchen, the front room looked familiar & tried to see if the stairs were there but it cut away too fast. Thanks for confirming the Brady's set was used. 😁

I was just going through some lobby cards I now posess, including a handful of Bug ones. One of them had an oven and brick wall in the background and I was all "hey wait a minute...". Thirty seconds later a Google search led me to this page and confirmed that indeed it was the Brady kitchen.