It was around 5th or 6th grade that I became aware of James "The Amazing" Randi, the magician turned debunker who would appear on talk shows and PBS documentaries to challenge claims of psychic ability. I'm not sure which TV appearance it was that finally solidified him in my mind. It could have been this 1980 episode of "That's My Line", where he takes on James Hydrick, who claimed to be able to turn phone book pages and spin pencils using only his mind (and a little dose of contrived Eastern spirituality). 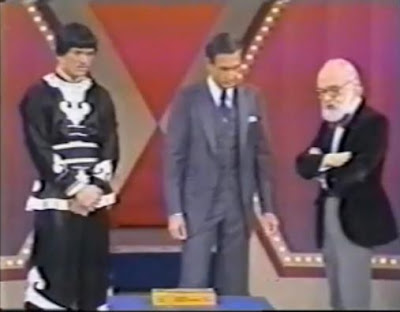 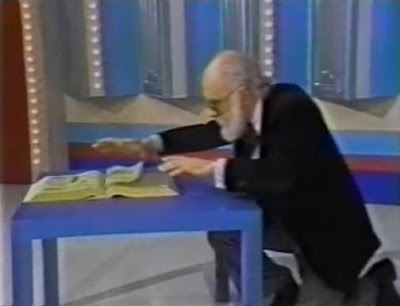 Randi became one of my first role-models. I loved the fact that he could perform astounding feats of magic, then turn around and demonstrate how a particular faith-healer or psychic medium was full of it. 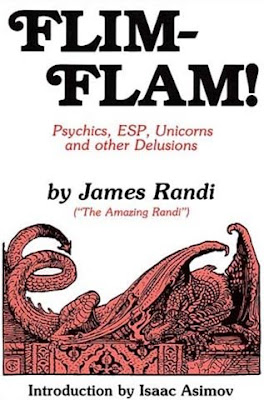 However, prior to Randi, I was a true-believer in all things supernatural. Ghosts and spirits, good-luck charms, fortune-telling, Tarot cards, mind-reading, witchcraft and voodoo--I was convinced all these things were real. This was not the result of any personal experience...it was simply that I wanted to believe. These mysterious forces suggested a secret avenue of power , which might be available to an otherwise powerless class of people...children.

At this time, shows like That's Incredible and In Search Of presented the topic of spells and psychic powers as more or less decided science. Psychics like Uri Geller and others of his ilk were regularly appearing on talk shows and in documentaries, often unchallenged. 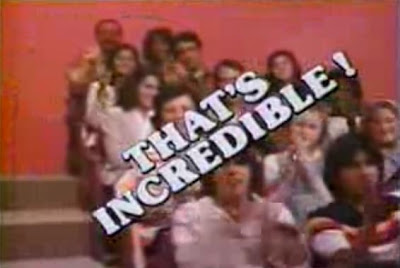 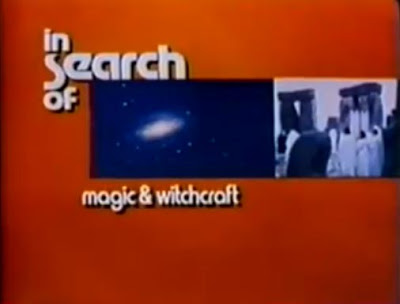 And there was a series of seemingly academic books called "A New Library of the Supernatural" which was advertised regularly on TV (Witches and Witchcraft, etc.) 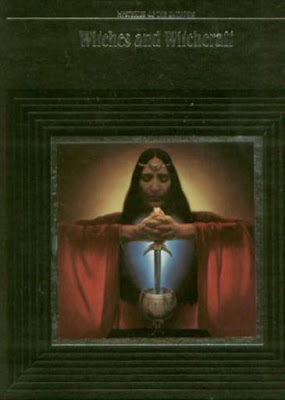 So it's no wonder that prior to Randi, I found the idea of casting spells to be perfectly plausible, and tried it occasionally using whatever methods I pieced together from library books or pop-culture. I previously mentioned attempting a "headache spell" on a teacher using some symbols I saw in a dramatization of John Bellair's "The House With a Clock in It's Walls". 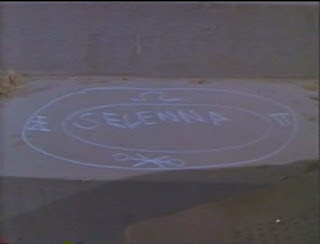 Another time I enlisted the help of a friend who thought she might be able to acquire a sword and a ram's horn to re-enact a ritual described in a story about witches from the book Monster Tales (note: she didn't end up delivering those items, but God bless her for trying!)

I would keep a notebook of whatever magic words and symbols I came across, which got me into a bit of trouble when my Dad found it while going through my papers and was appalled to find a death-spell that involved placing various ingredients into a miniature black coffin, to be left on the victim's doorstep.

Which leads me to "Voodoo Magic", a 1958 episode of Leave It To Beaver that I saw as a child in reruns, in which Beaver dabbles in the black arts. When I first saw this episode, I was just a little bit older than The Beaver, and given my own personal experiments with magic and curses, his predicament really resonated with me. 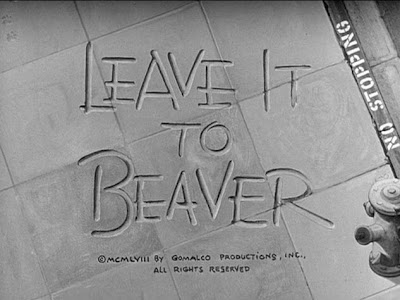 It starts with the Beaver and brother Wally borrowing some money so they can go to the movies with their friend Eddie Haskell. But mother June forbids Wally to take Beaver once its learned the picture they are planning to attend is "Voodoo Curse" (this despite Eddie's assurance that it's an educational film, as it was shot on location in Haiti). The kids agree to see a reissue of "Pinocchio" at another theater instead.

However, Eddie, in his typically devious fashion, goads the Cleavers into going to "Voodoo Curse" anyway, with the argument that it would be okay for the Beaver to take Wally, since mother only forbid Wally from taking Beaver. 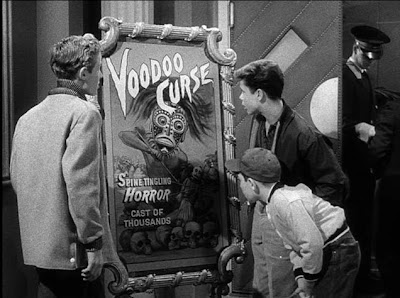 The picture terrifies Beaver, who clings to Wally's sleeve as we hear dialogue from the film:

"And now, powers of darkness and black voodoo magic, come to me. And as this pin pierces this image of my enemy, let it pierce his body, and bring to him the torture of slow death. And now, my enemy, you will feel pain. You will sicken and die!" 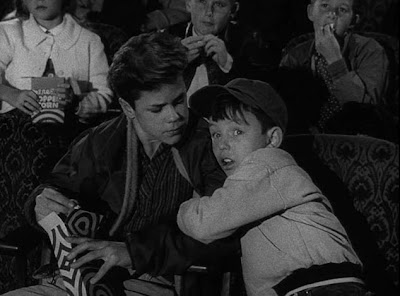 When their parents find out Beaver left his cap at the Globe theater, where "Voodoo Curse" was playing (and not at the other theater where they were supposed to be seeing "Pinocchio") Beaver and Wally are grounded for their deception. 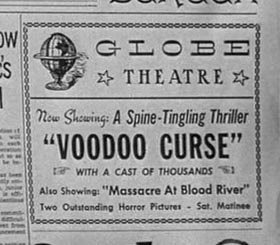 Both kids agree that Eddie is to blame for luring them into lying to their parents.

The next morning, Beaver reveals his plan to fix Eddie. In a shoebox under his pillow is a makeshift voodoo doll. 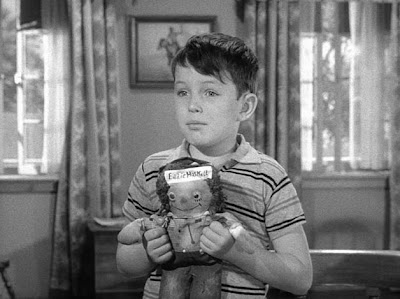 "It's a voodoo curse just like in the picture. I stuck the pin in, in case the nail don't get him." In the midst of this allegedly lightweight comedy, I think it's important to note that based on his knowledge of voodoo from the film ("...you will sicken and die!"), Beaver must assume that his doll is actually going to kill Eddie Haskell! 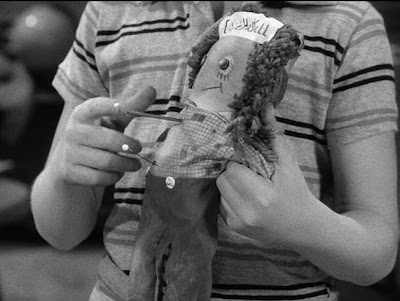 The next morning, when Eddie doesn't come to school due to illness, Beaver assumes his doll is to blame. That evening he tries to undo his spell by removing the nail and pin. 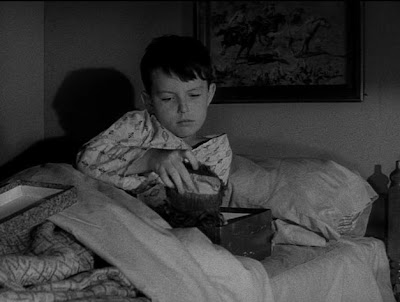 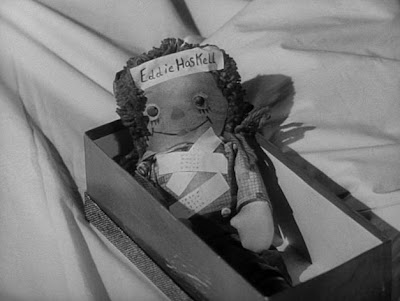 "Eddie, please get well." Beaver pleads over the doll.

The next day Beaver visits Eddie at his home (arriving with a bouquet of flowers...what a little goof!) but as soon as they are alone, Eddie reveals that he's only faking his illness to get out of school. 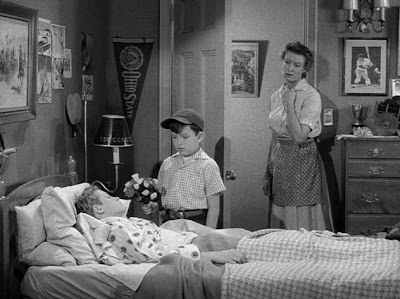 Beaver is relieved, and confesses to Eddie about his voodoo doll, explaining where he put the pins. 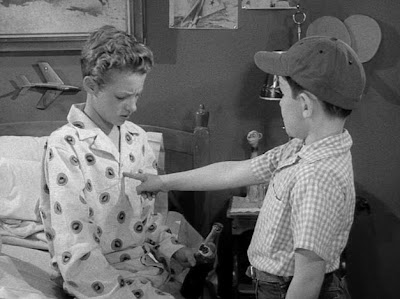 "I don't like you very much, but I'd feel kind of bad if you died." Eddie doesn't believe any of this black magic nonsense, but is angered by Beaver's actions nonetheless, and orders him to leave. But with the idea of a voodoo curse now planted in his head, Eddie suddenly feels pain in his chest and stomache. 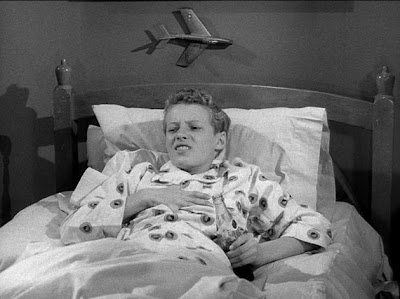 When Eddie's dad George confronts the Cleavers about his son's pain and the "black magic doll" that is causing it, it's the first that father Ward has heard of it. 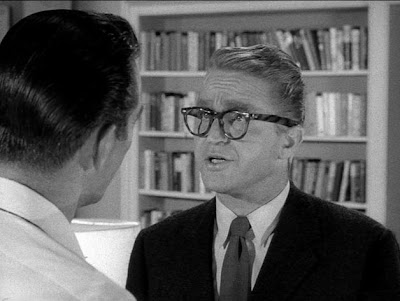 When questioned about it, Beaver cheerfully produces the doll, leaving Ward speechless. 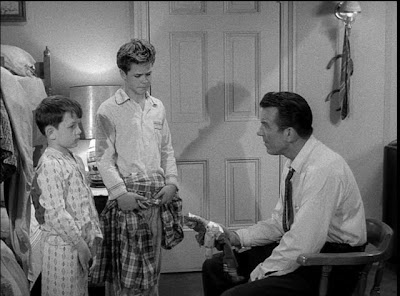 Ultimately, it takes a second magic spell to undo the first. Ward arms Beaver with the recipe for a supposed "voodoo curse remover", consisting of three worms from the backyard, four hairs from a dog's tail, six toadstools picked in the light of the moon, and two hairs from a small boys head, to be placed in a sack and passed over the victim six times.

Of course by now, Beaver is aware that there never was anything substantive to his voodoo curse and that the "curse remover" spell is a farcical bit of performance art. He has gone from black magic practitioner to flim-flam artist in just a few days.
Posted by Brother Bill at 12:42 PM